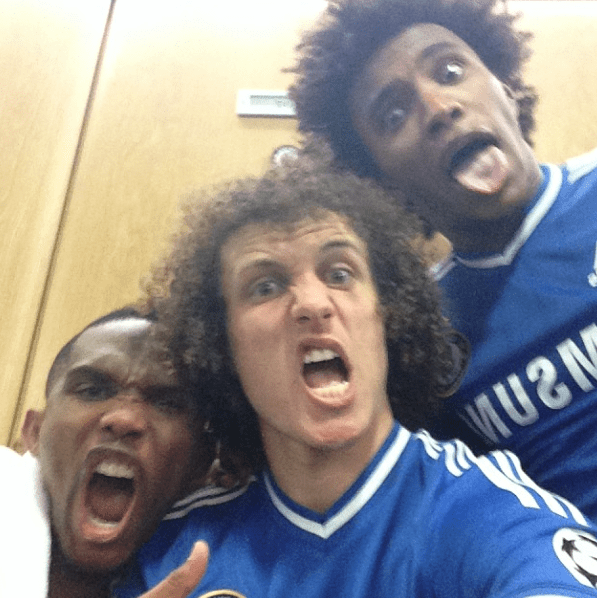 What a night at Stamford Bridge!

Chelsea trailing by 3-1 from first leg, produced a sensational performance and reached the semi finals of the Champions League after beating French giants PSG 2-0, winning on away goal rule.

Andre Schurrle, who came on a substitute for Eden Hazard, scored the opening goal in the first half, slotting home from close range.

Chelsea started brilliantly in the second half looking for that crucial second goal, but PSG were equally resilient. But, perseverance and patience paid off, as Demba Ba scored the winner right at the end, leaving Stamford Bridge fans in absolute pandemonium.

Each and every player gave their best and that’s what a manager can ask for. David Luiz, who was at fault for two of Chelsea’s goals in the first leg, produced a brilliant performance along with Samuel Eto’o and Brazilian Willian.

After the match Luiz celebrated with a selfie along with Willian and Eto’o. Take a look below: