Photo: Chelsea loan out SIXTEENTH player of the summer 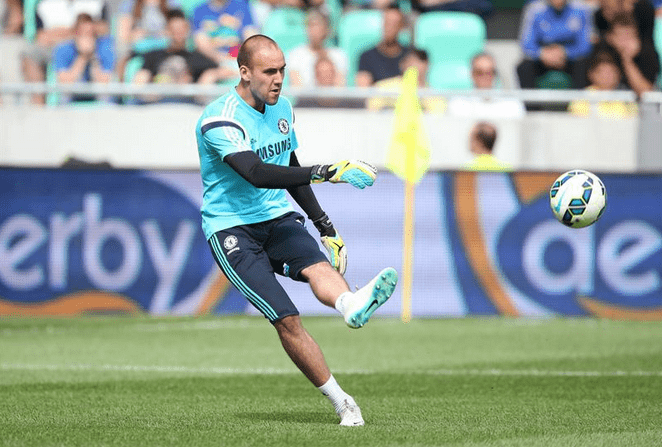 Chelsea goalkeeper Matej Delac has, quite incredible become the sixteenth player the Blues have loaned out this summer. The Croatian will spend the 2015/16 season at FK Sarajevo, the club where he was also spent the second half of last season, winning the league in Bosnia-Herzegovina. The 23 year-old was photographed holding the club’s scarf after sealing his stay for another season. 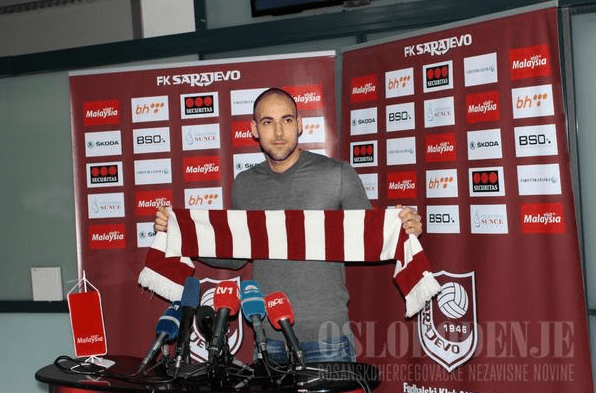 Delac signed for Chelsea in 2010 from Crotian outfit Inter Zapresic, but is still to make a competitive appearance for the club. It is understandable though, considering that he has the likes of Petr Cech, Ross Turnbull and Mark Schwarzer ahead of him in the pecking order over the years.

Now, with Thibaut Courtois and Asmir Begovic being first and second choice respectively, it is once again unlikely that he will get a look-in, even in the smaller cup competitions. But Chelsea obviously value his talent, refusing to let him go on a permanent basis. In total, he has been sent on loan to 7 different clubs, with this being his third separate stint at Sarajevo.