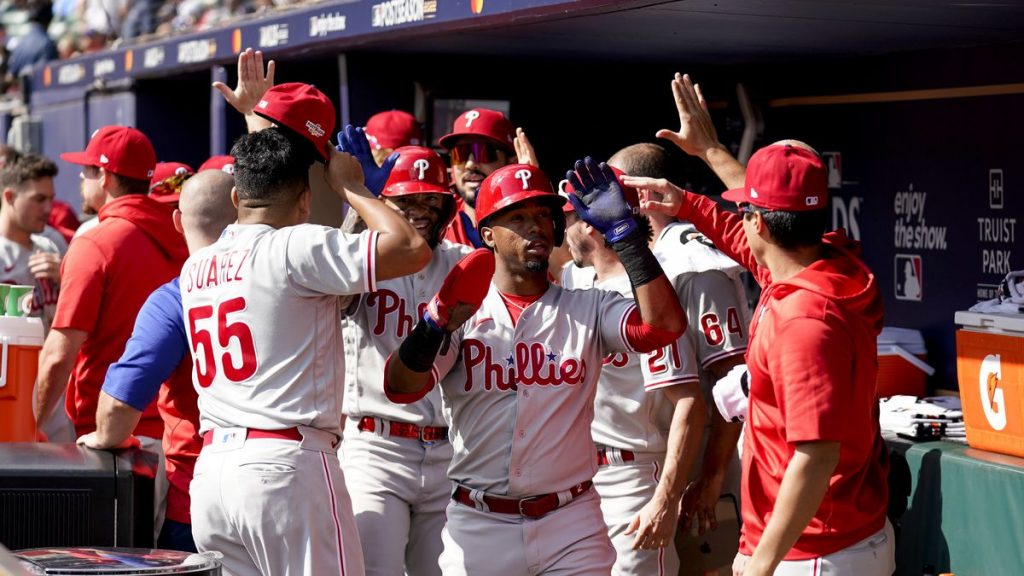 The Philadelphia Phillies have scored seven runs without the use of the home run.

The Phillies got to Braves ace Max Fried early when Nick Castellanos got them on the scoreboard first. The Phillies proceeded to get four straight hits with two outs against Fried

Phillies continued to pour it on with an RBI single by Jean Segura. His first hit of the game scored Castellanos making the score 4-1. Fried was done after three and a third innings allowing eight hits, four runs, two earned while striking out two and walking one.

The Phillies are playing like the NL East champs pic.twitter.com/MHewrX013l

In the fourth inning, The Phillies added even more runs as Nick Castellanos comes through with a clutch base hit off of Braves reliever Jesse Chavez with the bases loaded. That was Castellanos’ third hit of the game and has been paying dividends so far in the playoffs after a sub-par regular season.

Braves responded with a couple runs in the bottom of the fifth as catcher Travis d’Arnaud tries to keep the Braves in the game. He has driven in all of Atlanta’s runs including a solo home run back in the second inning.

Phillies currently lead the defending champs Atlanta Braves 7-3 in Game 1 of the NLDS.