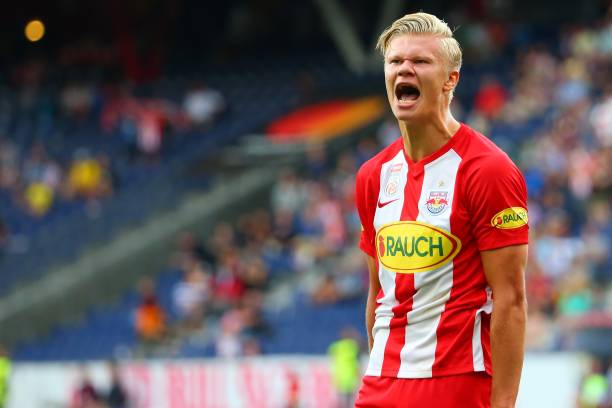 The Champions League campaign for the 2019-20 campaign kicked off last night, and Red Bull Salzburg striker Erling Braut Haaland grabbed the headlines after becoming the first teenager to score a hat-trick on his Champions League debut since Wayne Rooney in 2004.

The Leeds-born 19-year-old scored all his goals in the opening 45 minutes as the Austrians demolished Belgian champions Genk 6-2.

Haaland dreams of winning the Premier League with Leeds United and was once scouted by the Elland Road outfit.

It has now emerged that the Whites actually tried to sign the teenage sensation, but eventually moved for Patrick Bamford instead.

Here is how The Athletic journalist Phil Hay replied on Twitter when a Leeds fan asked him about the claims:

no, Leeds had a go at Haaland but he wouldn’t have been instead of Bamford

Haaland also grabbed everyone’s attention earlier this year when he became the first player to score nine goals in a single game at the Under-20s World Cup, as Norway beat Honduras 12-0.

The huge Leeds supporter signed for RB Salzburg in January and has already scored seven goals in 11 appearances in the Austrian Bundesliga this term.

While Bamford is now starting to prove himself, one can only wonder what would have been had the Yorkshire outfit went for Haaland instead.

While he is obviously not within their reach right now, Leeds could make a move and break the bank for his signature if they get to Premier League, and just maybe his dreams will come true.