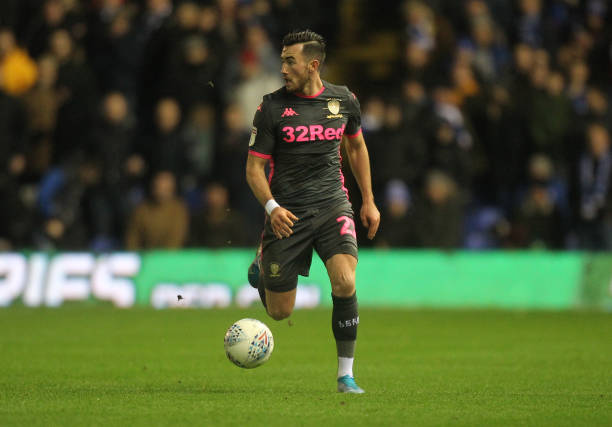 Phil Hay has stated on Twitter what Manchester City-owned Jack Harrison has told him about his Leeds United future.

Well-known journalist Hay, who now works as the Leeds correspondent for The Athletic, has said that he had a chat with Harrison last night.

The 23-year-old, who can also operate as a winger or as an attacking midfielder, is on a season-long loan deal at the Whites from City at the moment.

The former England Under-21 international spent the 2018-19 campaign on loan at the Championship club as well.

Hay has stated on Twitter that Harrison has told him that he would be happy to stay at Leeds next season, with the youngster adding that he has developed well at the West Yorkshire outfit.

Good chat with Jack Harrison tonight. Cheerful and sounds ready. Had some nice words to say on Black Lives Matter. And also thinks that morally, Bielsa couldn’t have countenanced PPG. Got to play to a finish. #lufc

said he’d be happy to be here next season. Knows he’s developed well at Leeds

According to WhoScored, Harrison has scored five goals and provided seven assists in 37 Championship appearances for Leeds so far this season.

During the 2018-19 campaign, the 23-year-old made 34 starts and five substitute appearances in the league for Marcelo Bielsa’s side, scoring four goals and providing three assists in the process, according to WhoScored.

The Whites will take on Cardiff City in the Championship this weekend.