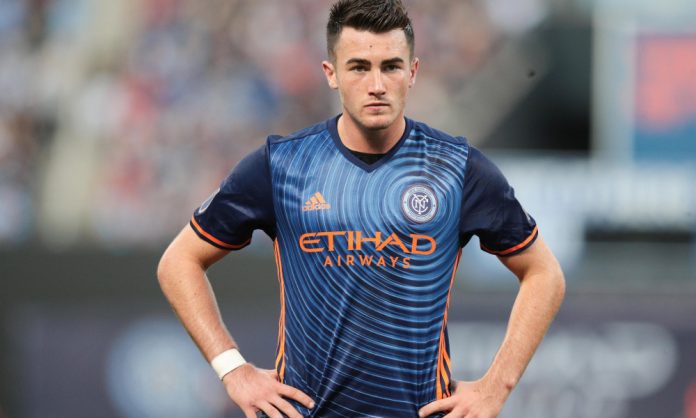 Leeds have agreed on a deal to extend Jack Harrison’s loan spell from Manchester City.

Phil Hay has confirmed that the Whites had an option to sign the player permanently until the end of May and they have renegotiated the deal now.

Leeds will have an option to sign Harrison permanently next summer.

The Manchester City winger has been a good player for Leeds this season and they will be hoping he can replicate this form in the Premier League next year.

Signing him for another season is hardly a surprise. Bielsa will need to keep his squad together and then build on it. It will be interesting to see if the Whites can sign Ben White as well.

Harrison has six goals and eight assists in the Championship so far and he will be pleased to continue at Elland Road as well. He is well settled in the club and someone like Bielsa will help him improve further.

The 23-year-old is unlikely to play for his parent club and therefore the return to Leeds was his only logical option.

Some of the Leeds fans have reacted to Phil Hay’s update on Twitter and here are some of their tweets.

Saving us a few quid, that will do us

More money to spend on Watkins and Benrahama 👀

Great bit of business.. but I hope this hasn’t got anything to do with the augustin deal.. as in, reserving some cash for that..

Seems a wise move. Unsure if Harrison is Premier League quality so makes sense to keep the money and Man City clearly don’t see him in their plans so becomes part of their loan machine

Clever bit of business if they’ve retained the option to buy, hopefully it’ll free up some money for other transfers.