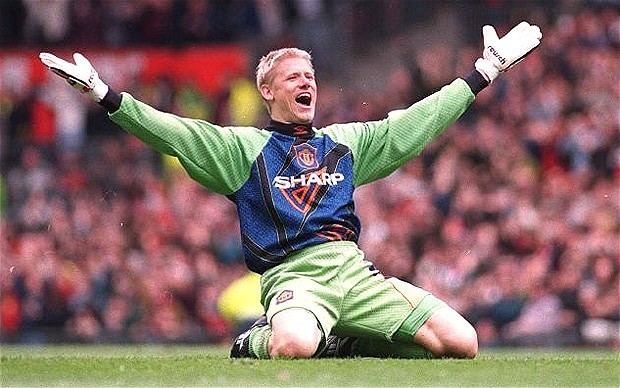 Manchester City returned to the summit of the English Premier League table with an emphatic 6-0 win over Chelsea at the Etihad on Sunday.

It was a perfect performance from manager Pep Guardiola’s men, and it promises to be an exciting title race between them and Liverpool.

Tottenham Hotspur, who are only five points behind both teams and have played a game less than City can’t be ruled out of the race either after winning their last four league games, but former Manchester United goalkeeper Peter Schmeichel believes neither them nor Liverpool can match City considering how they completely destroyed Chelsea.

“If they (Manchester City) don’t win the Championship (EPL), something has got to go really really wrong for this team,” said on beIN SPORTS.

“We’re looking at what they’ve got on the bench, Sane, Silva, Mahrez, Otamendi, Jesus, they can play two different teams and still produce that kind of result.

“I’m just saying It’s really difficult for me to see anyone competing with this team. That’s one of the best Premier League teams ever, so you really have to win every game if you’re Tottenham or Liverpool, you’ve to win every single game in the run-in, because they have shown us today that “it doesn’t matter what kind of pressure you put on us, we’re going to go out there and perform”. They played the team that actually was number four yesterday, so they beat a Champions League team 6-nil, and it could have been more, and there was no doubt about it, it wasn’t luck, Chelsea weren’t too bad, but they were just being completely outplayed.”

The #PL title race is as good as over if you listen to @Pschmeichel1!#beINPL #MCICHE ? HD11

Schmeichel’s comments surely won’t go down well with Liverpool and Tottenham fans, as a majority of both of them very much believe they have got a chance to win their first ever Premier League title.

The Reds are level on points with City and are only second in the table on goal difference, and the fact that they have played a game less than Guardiola’s side gives them an advantage.

Nevertheless, they will keep feeling the pressure from Manchester City, and a slip could be enough to dent their chances.

Spurs are also looking to shock the top two, and that not many regard them as strong title challengers works well to their advantage.

It’ll be interesting to see how manager Mauricio Pochettino gets him team going as the run-in gets tougher, but as Schmeichel has pointed out, it’ll be difficult to catch City if they replicate the type of performance they put in against Chelsea for the rest of the campaign.