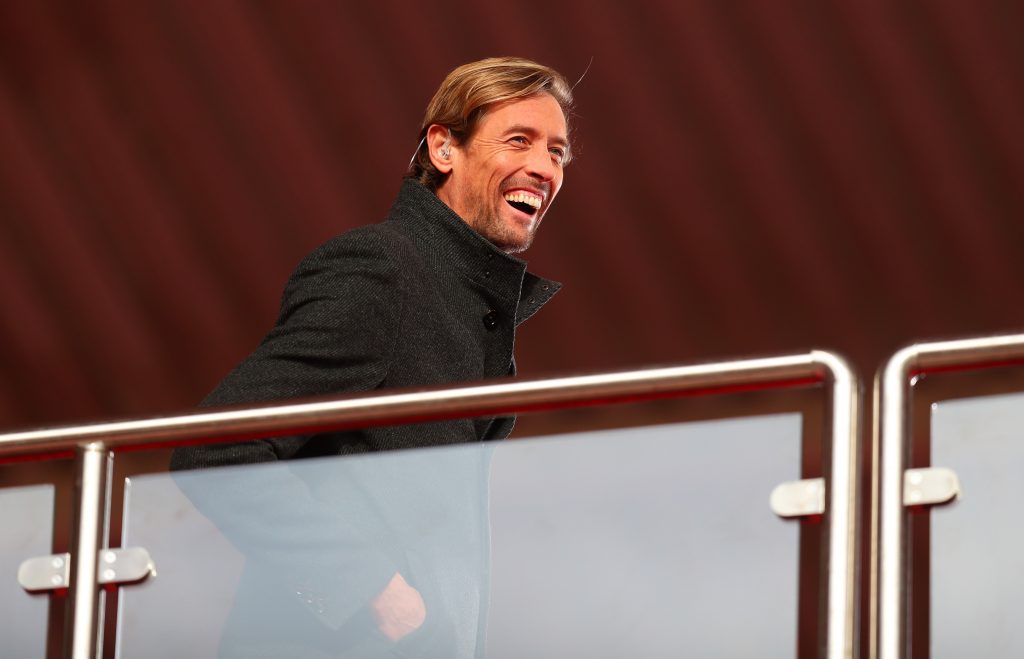 Liverpool are currently seven points behind Premier League leaders Manchester City after 19 games, and could find themselves slipping further behind in the title race should they fail to pick up all three points at the Tottenham Hotspur Stadium tonight.

The Reds visit Spurs later today and would drop to sixth should Jose Mourinho’s men hand them a defeat.

Finishing in the top-four could be difficult for Liverpool if their fortunes on the pitch do not change quickly, and they must turn their form around with a win tonight having gone five league games without one.

Jurgen Klopp’s side have drawn three and lost twice since their 7-0 rout at Crystal Palace, and while many now doubt their chances of retaining the title, former striker Peter Crouch believes that they are still firmly in the race.

The Liverpool hero reckons they are only going through a blip and that their players will bounce back pretty soon given their status as world-class.

😩 “They are going through a blip.”

✅ “They are world class players and they will bounce back.”

👍 “I’m going to stick with Liverpool. I feel City will definitely be in there.”@PeterCrouch still thinks #LFC will win the title, despite their recent dip. pic.twitter.com/eNA4NPrJlH

While Liverpool cannot be completely ruled out of the title race, their chances appear pretty slim at the moment.

Injuries to Virgil van Dijk, Joe Gomez and Diogo Jota have not helped their cause, and their refusal to sign another centre-back this month could prove costly in the long run.

They face West Ham United, Brighton, Manchester City, Leicester City and Everton in their next five league games after tonight’s clash, and the results of those six fixtures would have a huge say on their campaign.