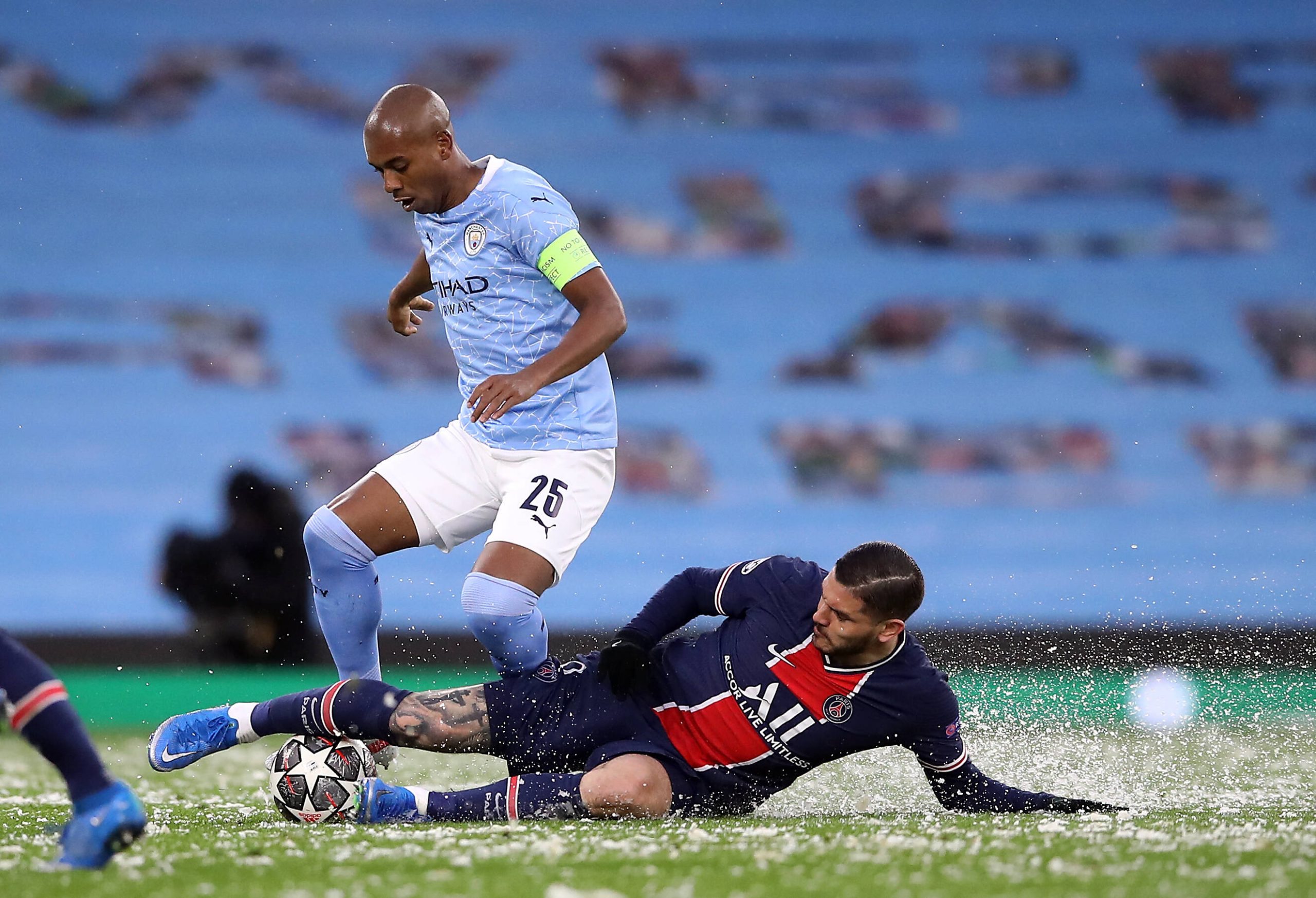 The Cityzens qualified for their first-ever final in the competition last night after registering a comfortable 2-0 win at the Etihad Stadium. They won the double-legged semi-final tie by a 4-1 aggregate scoreline.

Speaking after the game, Guardiola singled out Fernandinho for praise. He said that he was excellent during the second half, providing valuable support to City’s backline.

He told Mancity.com: “Especially the second half, he was incredible. We adjusted a little bit to give support to John and Ruben.

“We were brilliant. He was so good. He was really, really good. It was his birthday. It’s a big present.

“He has been an extraordinary captain this season, leading us in the bad moments. He played really, really well.”

Fernandinho was an unused substitute in the first leg at Parc des Princes with Rodrigo getting the nod for the holding midfield role.

However, Guardiola entrusted him with the position last night and the Brazilian delivered a strong performance on his 36th birthday.

In recent months, the midfielder has shown that age is only a number, and he has few more years left in him at the highest level.

His current contract with the Cityzens expires at the end of the campaign, and it appears likely that he will leave the club alongside Sergio Aguero.

Fernandinho won’t be short of contract offers, and he will be aiming to end his Cityzens career on a high by helping them win a maiden Champions League title.