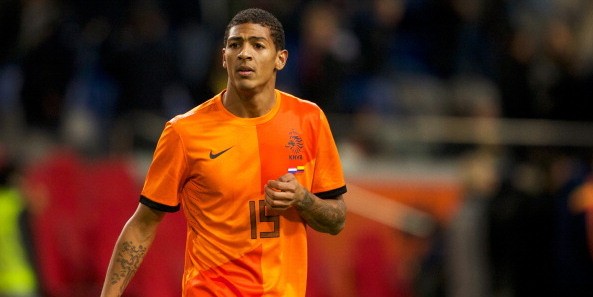 Chelsea defender Patrick van Aanholt is all set to leave the club and join Sunderland in the summer, according to reports from BBC Newcastle.

This summer, Chelsea have already shipped out David Luiz and Ashley Cole, which Kurt Zouma and Filipe Luis are likely to take their places in central defence and left-back roles respectively. Add to that list, young Tomas Kalas, who has been sent on loan to Germany to get regular games.

The 23-year-old, joined Chelsea from PSV in 2007 and has been playing for Vitesse for the last two and a half years. He still has one year remaining on his contract but doesn’t want to stay at Chelsea.

Now, BBC report that the defender is close to joining Sunderland, who are also keen to sign Liverpool’s striker Fabio Borini. The Dutchman has played eight times for Chelsea and has also had loan spells at Wigan, Leicester, Newcastle and Coventry.