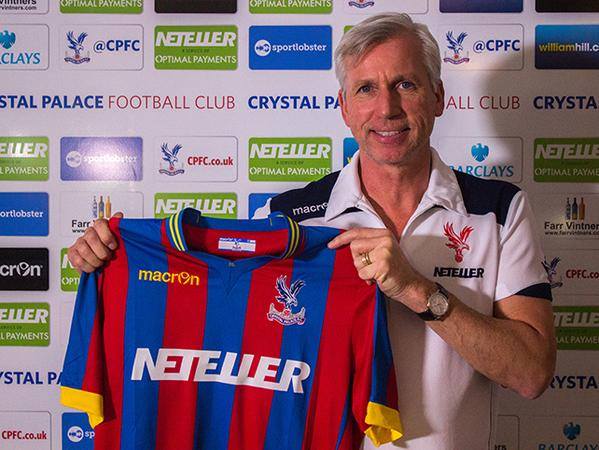 Alan Pardew spent his New Year’s Day watching on from the stands at Villa Park, watching his former club and soon-to-be employers Crystal Palace play out their second consecutive nil-nil draw since Neil Warnock was shown the door after a Boxing Day loss to Southampton.

It’s almost as if Palace had entered the same sleepy post-Christmas stasis as the rest of us, waiting for the New Year proper to start. For Palace fans, the hope will be that Pardew’s arrival after four turbulent years managing Newcastle will kick start their year.

Pardew’s time as a Crystal Palace player was defined by a single moment; a header from all of four yards, but one which sent Palace to a cup final. Managerial tenures are rarely so singularly defined. Instead, fans remember managers in a more general sense – league finishes, silverware, and style of play.

With only 92 league manager jobs, and only 20 of those in the Premier League, it’s inevitable that managers will find themselves re-treading their own footsteps – either from their time as a player, or as a manager. Look no further than Pardew’s predecessor Neil Warnock, who was in his second spell as Palace manager.

So what does it mean to be the returning hero? Stuart Pearce returned to Nottingham Forest in July after spending twelve years and 400 appearances as a player, and recently suggested that his reputation was protecting his players after a dismal set of recent results for the Championship club. As Pearce rightly noted, that won’t last forever.

Reputations can protect, but they also bring high expectations. Football is littered with tales of failed or underwhelming talismanic returns. Dalglish’s second spell as manager at Liverpool. Keegan at Newcastle (twice). We’re yet to see where Pearce and Pardew will find themselves, but when fans are looking for a fairytale, making it a reality is difficult to manage.

But for Pardew, that his playing career at Crystal Palace was defined by that header could be his salvation. He wasn’t the supremely talented heartbeat of the team, or the decade-long captain typifying an era at the club. He was a workman-like player, there for only three full seasons, who popped up with an important goal at an important time.

Name etched in club history, certainly, but a returning hero? Perhaps not.