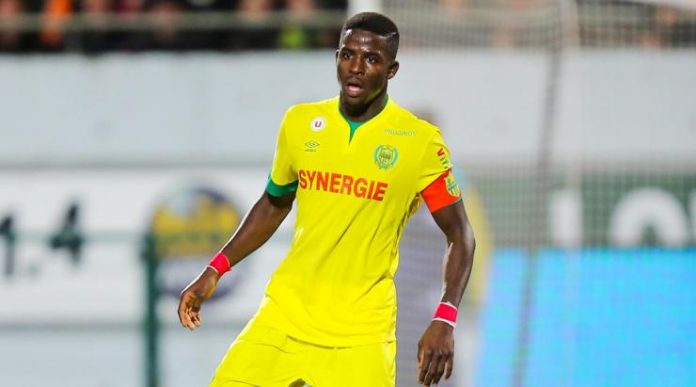 The last few hours of the summer transfer window promises to get interesting as heavy weight Premier League clubs are likely to delve into the transfer market, especially after their not-so-impressive start to the 2015-16 Premier League campaign.

Chelsea are expected to remain busy as the Blues looking to add a quality defender and a central midfielder to their ranks.

Earlier in the day, we reported (via Gianluca Di Marzio) that Chelsea are holding talks with French club Nantes to sign their Senegal defender Papy Djilobodji.

Get France Football reported that the 26-year-old was due to join Trabzonspor for around €2.5m, but Chelsea have moved in late and it seems the Blues have indeed hijacked the deal.

Papy Djilobodji undergoing medical at Chelsea, fee and contract details are not yet known http://t.co/NhHCGgFBf0

According to latest ‘Breaking news’ from GFF, the defender is currently undergoing a medical at Chelsea, however, the details of fee structure or wage structure is still unknown.

Of course, the deal has been agreed otherwise he wouldn’t have been allowed to undergo medical at the first place. According to GFF, (via Ouest France) Papy Djilobodji is set to join Chelsea on a four year deal for a fee worth €3.5m

Franck Kita, a representative from Nantes, has confirmed an agreement with Chelsea for the transfer of Papy Djilobodji.

It is indeed a shock move, as no one had any clue about it until the news broke out, but the deal could be beneficial for all parties involved.