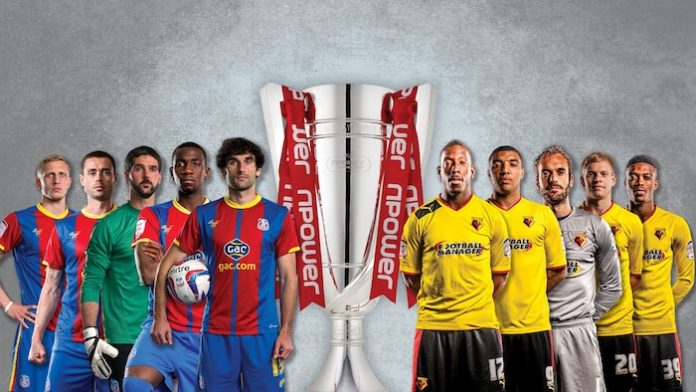 Crystal Palace and Watford will fight it out for a place in the final of the FA Cup this weekend. Both teams have been in dreadful form since the turn of the year and will be looking to end their season on a high.

This weekend’s game at Wembley will be a great chance for both sides to win some silverware. Quique Sanchez Flores and Alan Pardew are under immense pressure at the moment and this could be a defining game as far as their long-term futures are concerned.

Crystal Palace have only won five games in 2016 in all competitions, and four of those have come in the FA Cup. The Eagles will be looking to keep up their good run of form in the cup competition. Watford are on a similar run as well in the FA Cup this year.

Neither sides have won the FA Cup before and will be looking to get to their first final in more than two decades.

Manchester United take on Everton in the other semi-final this weekend.

Alan Pardew rested most of his key players against Manchester United and will field his strongest lineup against Watford.

Star defender Scott Dann was absent against Manchester United and is expected to start here. Appiah and Chamakh are the only injury concerns for the Londoners.

Connor Wickham should start over Emmanuel Adebayor against Watford.

Quique Sanchez Flores made a lot of changes to his side in the last game as well and will field his strongest lineup for the match at Wembley.

Nordin Amrabat is suspended for the semi-final after being sent off against the Hammers.

Crystal Palace have won 6 of their last 7 matches in the FA Cup.

Watford have won their last 4 matches in the FA Cup.

Crystal Palace have kept a clean sheet in their last 3 matches in the FA Cup.

Watford have won with a 1 goal margin in their last 4 matches in the FA Cup.