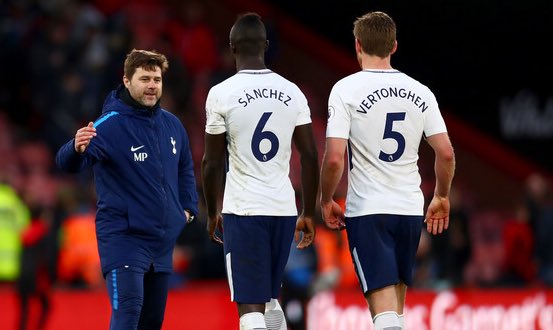 Tottenham maintained their impressive Premier League run after they defeated Stoke City at the bet365 stadium on Saturday.

Spurs earned a 2-1 victory and won their sixth consecutive Premier League game to level the points with Liverpool (3rd), although the north London club have a game in hand.

He said that it was a “very tough” game but was impressed with the fact that Spurs have gained a “very invaluable” three points. He tweeted:

After a goalless first half, Spurs stepped up their gear, and moments of brilliance from Christian Eriksen made the difference.

The Danish midfielder scored twice in the second half for Spurs. Mame Biram Diouf equalised after a mistake by keeper Hugo Lloris and Stoke could have secured a draw but Xherdan Shaqiri was denied a late equaliser when his free-kick hit the bar.

Spurs controlled the game and had 67% possession. Mauricio Pochettino’s side attempted 15 shots of which they managed to keep four on target, according to BBC Sport.