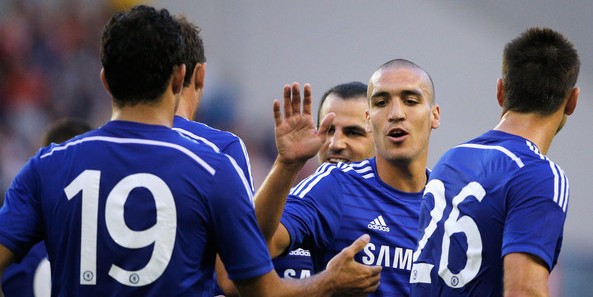 Premier League club Southampton have completed the signing of Chelsea midfielder Oriol Romeu permanently for an undisclosed fee on a three-year-contract.

The 23-year-old joined Chelsea in 2011 from Barcelona, but he never managed to cement his regular place in the side. He  has just made 22 Premier League appearances for the Blues, that included loan spells at Valencia and Stuttgart.

Romeu, who completed his medical yesterday, will now kickstart his career in the Premier League with Southampton after a fee in the region of £4m was agreed between the two clubs.

Romeu told the club’s official website: “It’s very good to be a part of this club. I was looking for a good club and for something new in my career.

“After spending two years on loan, I needed something permanent and a club with a future — and I think I chose the right one. Southampton are doing the right things in the last few years and, once they came to me and asked me to come here, from the first day I was hoping to come.

“Now I just want to keep going and to keep developing as a player, and I’m looking forward to start playing as soon as possible.”

Romeu is primarily a defensive midfielder, and he will be expected by fill the void left by Morgan Schneiderlin, who joined Manchester United in the summer.

Southampton have lost key players like Clyne and Schneiderlin in the summer, but it seems they have done impressive business again in terms of incomings. The Saints have already signed Jordy Clasie and by adding Romeu to the side, Koeman has strengthened his midfield options this summer.