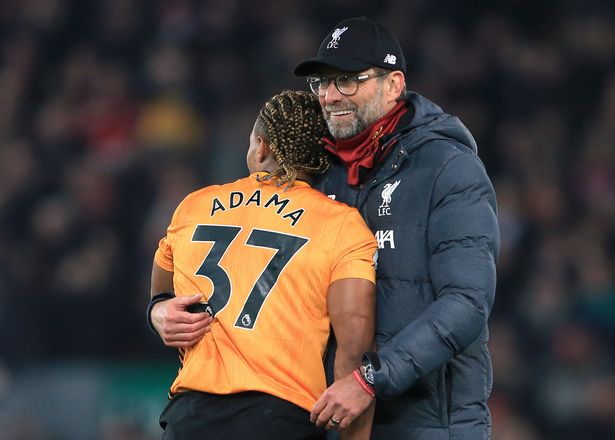 As reported by The Sun last month, Liverpool manager Jurgen Klopp wants to bring Wolverhampton Wanderers forward Adama Traore to Anfield this summer, and it will take at least £60 million to prise him away from the Molineux Stadium.

The 24-year-old has scored four goals and assisted seven others in 28 league appearances this term, but it is his speed that has likely caught Klopp’s eyes.

Liverpool boast of speed machines in Sadio Mane and Mohamed Salah, but Traore is arguably the fastest man in the English top-flight, and what he told Wolves’ official website of recent should be music to the ears of the German manager.

“I’ve been working a lot in the house and I’ve been using the plans they’ve given us, because in myself, I want to be the best I can be, so when I get back on the pitch, I can be even faster,” the Spaniard said.

A faster Traore will be much harder to stop and handle for defences, and Klopp will relish having such a weapon in his attacking armoury next season.

Wolves boss Nuno Espirito Santo wouldn’t be keen to let go of such a key player, but the chance to cash in on a signing that cost them just £20 million might just be too tempting to turn down.

Liverpool aren’t planning to spend big this summer, though, and they weren’t able to meet the £54 million release clause of RB Leipzig winger Timo Werner due to the financial losses caused by the coronavirus pandemic, and a move for Traore might not be on the cards.