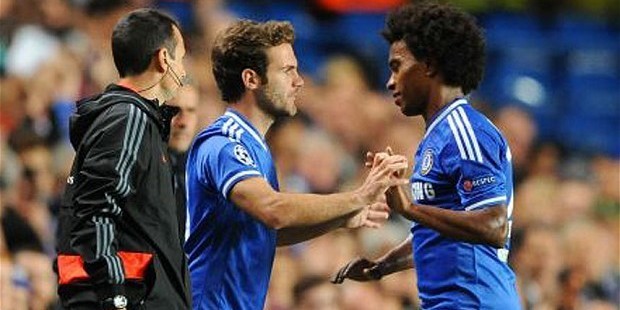 Willian Borges da Silva was arguably the most underwhelming big-money signing in the history of Chelsea Football Club. 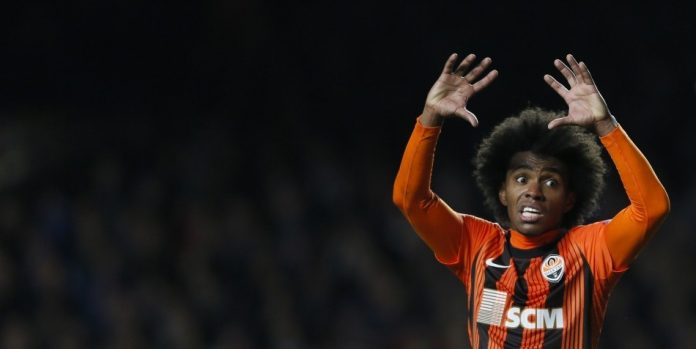 Signed from under the noses of London rivals Tottenham for a cool £30m last summer, the Brazilian was immediately branded as a ‘preventative purchase’, only sanctioned to stop their rivals from harnessing his Samba skills.

But recently, these conspiracy theories have faded away thanks to some exceptional individual performances from the 25-year-old.

Short cup appearances and match-day hours festering on the bench have now been replaced with a string of swashbuckling 90 minute outings; with the former Shakhtar man providing an attacking potency that has been somehow lost to the Blues despite a veritable army of attacking midfielders.

In that army is a certain Spaniard, one that has seen his luck turn sour since the arrival of Jose Mourinho at Stamford Bridge.

Juan Mata’s exit is surely inevitable, much to the horror of the Blues faithful. The reigning ‘Chelsea Player of the Year’ was hardly afforded a chance to display his considerable worth to the team before being cast off into a sea of irrelevance alongside many fringe players.

With the World Cup looming large, Mata may well be headed out, with the likes of Bayern, PSG and Man Utd all clamoring for a shot at snapping up the 25-year-old.

But Chelsea fans may take real solace from the emergence of Willian from the shadows.

Communication is clearly lacking at the Bridge, with the striker and the attacking midfielders not on the same wave length. As I mentioned yesterday, this is not solely the fault of the Chelsea strikers, but also the lack service they are getting from the stunning talent behind them.

Individually, and with each other, the Blues’ attacking mids are often superb, but they do not provide the killer pass enough, and slow buildup play often removes any quick-fire element to attacking forays.

Willian seems to be the exception at present. With his quickness of feet only matched by the speed of his footballing brain; his direct play and fast attacking intent is exactly what Chelsea need.

Man-of-the-Match in the 2-1 win over Crystal Palace last week; the lead up to the Torres goal saw Willian take out three defenders with a slaloming run to the right, and let fly with a arrow-like shot which was tipped onto the post.

This kind of electricity seems to be inherent to the energetic Willian, who also managed to track back and aid his team throughout the encounter.

He also has a growing understanding with the twinkle-toed Eden Hazard, and the vision to dovetail the ‘pass-master’ Oscar. The Brazilian has been the standout player for the Blues in the last few weeks, and there is something very ‘Ronaldinho-esque’ about the way he moves, and his general agility.

Mata is such a hard act to follow, and as while the Chelsea fans may struggle to see past the disappointment of his impending exit, Willian must be afforded the right platform, as I believe he could mature into a world star at Stamford Bridge.

What do you think? Can Willian fill Mata’s shoes? Let me know in the comments below…