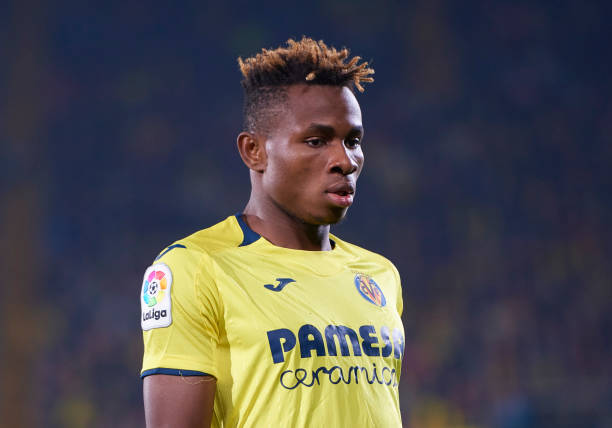 Everton are miles behind their city rivals Liverpool, but that hasn’t stopped the Toffees from attempting to bridge the gulf between them and the Anfield giants.

The Reds boast of one of the best squads in the world, and will look to challenge for the English Premier League title and retain their Champions League title next season.

On the other hand, breaking into top-seven is the priority for Everton, and manager Marco Silva is looking to make quality additions, capable of leading his side to Europe, to his squad this summer.

Liverpool have become a force to reckon with thanks to the front trio of Roberto Firmino, Mohamed Salah and
Sadio Mane, and the Blues need a similar attacking line to succeed.

The 20-year-old Nigeria international caught the eyes of major big clubs after helping the La Liga side escape relegation with seven goals and two assists in 27 league games last term.

He gave both defences constant nightmares and a torrid time with his explosive pace and direct dribbling, tearing them apart and proving too much to handle.

The club have since slapped a £54 million buyout clause on his head, but will most likely listen to sizeable offers below that if they come this summer.

Everton need such a quality and frightening forward to combine with Brazil international Richarlison upfront, and the duo will definitely set the wings on fire.

Manchester City and Liverpool have already been linked with Chukwueze, who helped Nigeria to the semifinals of the AFCON, and he is set to attract more big names going forward, and the Goodison Park outfit should enter the race.

They can offer him regular football, and he can be their answer to both Salah and Mane.