Tottenham defender Alderweireld should be careful what he wishes for 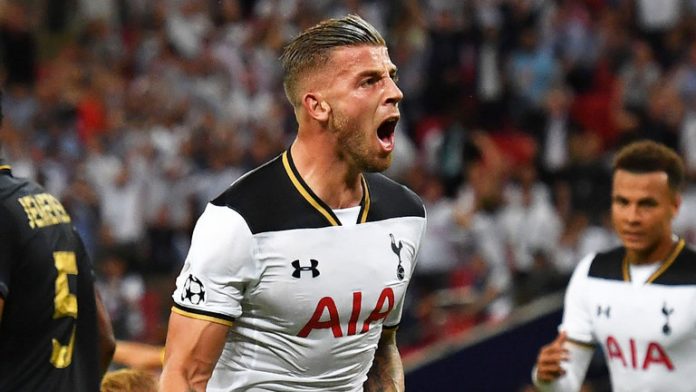 Alderweireld’s agent cranked things up with his “a contract or a transfer” demand to chairman Daniel Levy issued through the Belgian press.

“If you only look at his figures, Toby is impressive and for his performances, he deserves either a better contract from Tottenham or a transfer,” whined Stijn Francis.

“Even after his injury he recovered. Tottenham’s statistics fell sharply during his absence.

“For a transfer, you know he can only leave Tottenham for seven or eight teams and almost all the other top clubs are interested in Toby.

“There are not a lot of central defenders of his kind so they are sought after.

“But those clubs also know that they have to negotiate with (Tottenham chairman) Daniel Levy.”

Tottenham have the option of extending it by a further 12 months, but that would also spark a £25 million release clause that could be triggered in the summer of 2019.

The Belgian international has been seeking salary parity with the likes of Harry Kane, but does he really warrant a significant pay hike?

By the time his current deal expires Alderweireld will be 30-years-old. Manchester City and Chelsea have both been linked with the defender, but a move to either would be motivated by nothing other than money.

Alderweireld had established himself at Spurs, yet does anyone realistically think he’d become a regular starter at Stamford Bridge or the Etihad Stadium?