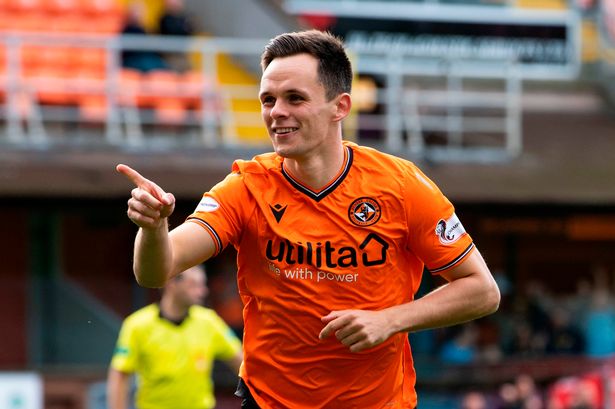 Everton will struggle to become a top-six side if they fail to land a 20-goal per-season striker.

The last time the Toffees finished in top-six (fifth in 2013–14), they had a certain hitman called Romelu Lukaku.

The Belgian scored 15 league goals in 31 games that term, but bagged 25 in 37 games in his last season (2016–17) at Goodison Park as Everton finished in seventh place.

The Toffees don’t have such a prolific finisher within their ranks right now, but might have found one in Dundee United striker Lawrence Shankland.

According to Daily Record, Everton are one of the clubs that have watched the 24-year-old regularly in recent months, but it remains to be seen if a move for him is on the cards this month or at the end of the season.

Shankland has 24 goals in 24 appearances for the Scottish Championship side this term, and it’s not surprising that the likes of Celtic, Rangers, Brentford, Middlesbrough and Queens Park Rangers are also interested in his services.

Everton need such a quality goalscorer, and while Dominic Calvert-Lewin is starting to impress under Carlo Ancelotti, a move for Shankland, who will definitely be very affordable, wouldn’t hurt.

Replacing Lukaku’s goals at Goodison will go a long way in boosting their top-six dreams, and the Scotland international striker can help with that going by his form and quality.