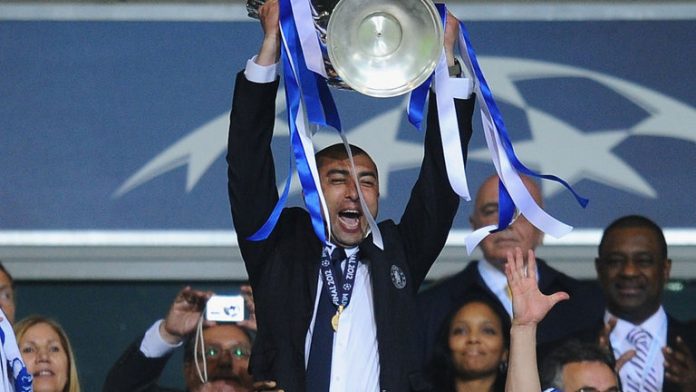 On this day in 1990, a few days after the German reunification, the Deutscher Fußball-Verband der DDR (DFV) was dissolved and in its place the North East German Football Association (NOFV) was formed.

The NOFV was incorporated into the Deutscher Fußball-Bund (DFB) – German football’s premier governing body. The DFB was founded in 1900 but disbanded after the Second World War. It was reformed in 1950 but represented only West Germany. East Germany, of course, was represented by the DFV.

Dynamo Dresden and Hansa Rostock were the two clubs from East Germany that joined the top flight following the merger of the two football associations.

On this day in 2012, Chelsea sacked manager Roberto Di Matteo a few months after he had won the club its first UEFA champions League title and an FA Cup.

A former Chelsea player during his heydays, Di Matteo was assistant to Andre Villas Boas when the Portuguese took over the Blues. Villas Boas was of course sacked and Di Matteo was installed as Chelsea boss on a temporary basis by club owner Roman Abramovich. The Italian led Chelsea to the final of the Champions League which they won by beating Bayern Munich on penalties. The Blues also won the FA Cup by beating Liverpool in the final.

Chelsea struggled in the following season both in the league and in Europe which led to the sacking of Di Matteo and the appointment of Rafael Benitez.