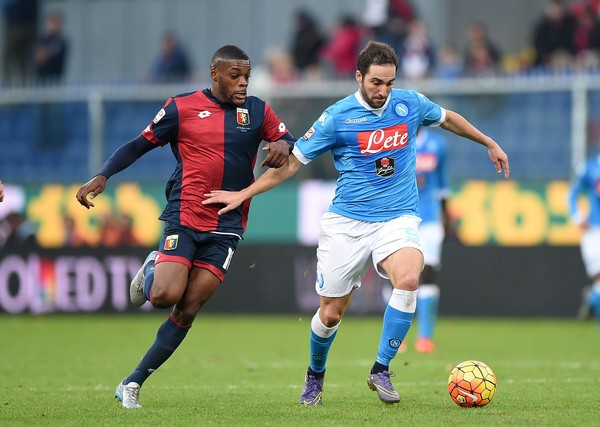 The Manchester City midfielder completed his medical over the weekend and will be confirmed as a Celtic player later.

According to BBC, Ntcham arrived in Glasgow on Saturday. The 21-year-old central midfielder will cost Celtic around £4.5m. The report adds that personal terms have already been agreed with the player.

The France U21 international was on loan at Genoa for the past two seasons and his performances caught the eye of former Liverpool manager Brendan Rodgers.

Ntcham impressed with his powerful displays in the Serie A and he should be able to establish himself as a star in the Scottish league now. The Frenchman scored three goals in 37 Serie A appearances for Genoa and he could make his Celtic debut in the Champions League qualifier against Linfield on Friday night.

He joined Manchester City from Le Havre in 2012 but the young midfielder has now left without making his first team debut with the Premier League giants.

Ntcham will be Brendan Rodgers’ third summer signing. The Scottish giants signed the likes of Jonny Hayes and Kundai Benyu earlier this summer.