Oliver Skipp says he wants to learn from Jordan Henderson 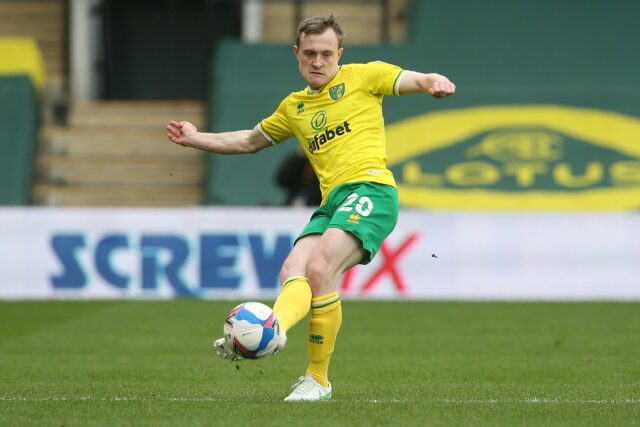 The 20-year-old has been on loan with Norwich City and has played an integral role in their bid to win promotion to the Premier League.

Skipp is one of several highly-rated young talents to progress through Spurs’ academy in recent years.

He has made 38 Championship appearances for the Canaries and was selected for the England Under-21 duty for the group stages of the U21 European Championships.

According to reports from the Evening Standard, Skipp is an admirer of Fabinho, Fernandinho and Pierre-Emile Hojbjerg.

The midfielder has said that has been watching videos of Henderson and has waxed lyrical about West Ham United’s Declan Rice, who has established himself as an important player at the age of 22.

“I think that they [Henderson and Rice] would be more than willing [to help me],” said Skipp to the Evening Standard.

“I mean, Declan Rice has played over 100 Premier League games, and he’s not too much older than me, so he’d definitely the one I’d be looking to talk to and just to see how he’s going about it.

“Obviously, Henderson is a Champions League winner, so they are definitely players that you can learn off, watch and see what they do.

“I think with Henderson and Rice, a big part of their game is their leadership qualities. You see, on the pitch, the vocal demanding, positive attitude.

“I was watching it because sometimes Liverpool release a clip of where you can actually hear the players, and you just listen to Henderson throughout the game driving that team on.

“I just found that fascinating, just watching him, and definitely something with the experience that you gain I can add to my game for sure.”

Jose Mourinho has already touted the midfielder as a future captain in north London, and the young midfielder will be looking to feature regularly in the Spurs senior team next season.

In other news, Manchester City star will sign a five-year contract with Barcelona.