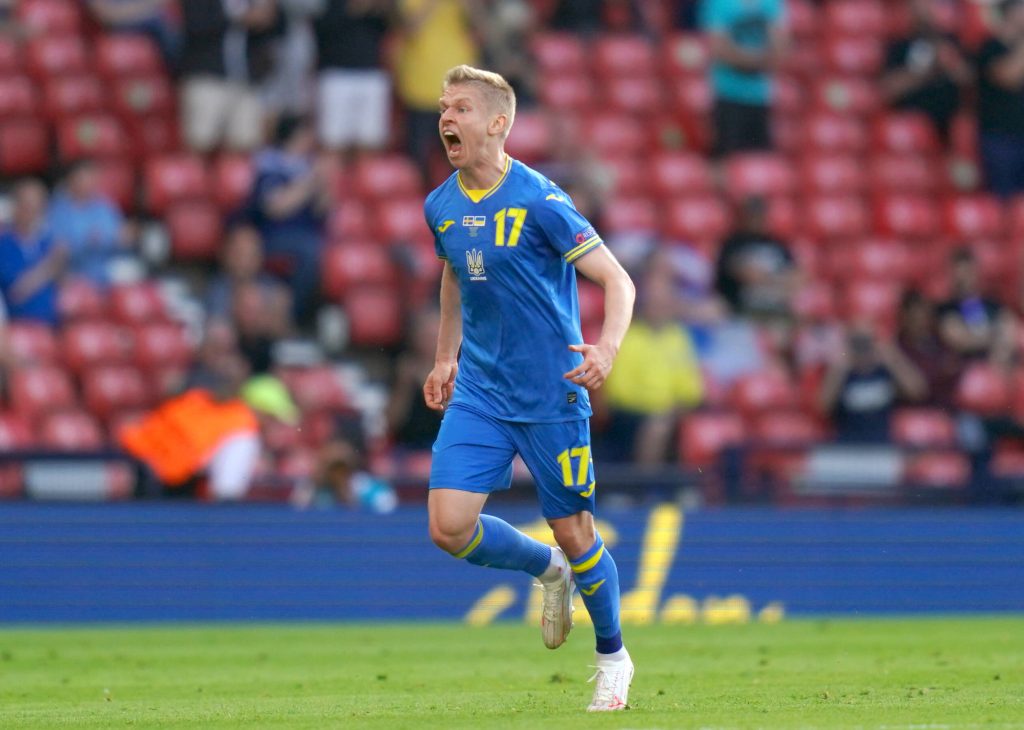 In an interview with The Independent, Zinchenko maintained England’s strength and squad depth but insisted Ukraine will fancy their chances in Rome.

“I watched almost all of their matches at the Euros except for (Germany),” he said. “I know many players of the team personally, thanks to the matches in the Premier League.

“It is very difficult to score for this team. It is a great team with a fantastic selection of performers.

“If you look at their bench, there are players worth, probably, like three national teams of Ukraine.

“But this should not frighten us, but rather motivate us. I have already felt that everything in this life is real. I will personally do my best to achieve the result in the next game.”

England came out victorious in their heavyweight last-16 showdown against Germany at Wembley on Tuesday, with Raheem Sterling and Harry Kane propelling Gareth Southgate’s team to a comfortable 2-0 win.

Meanwhile, Ukraine prevailed 2-1 in an extra-time drama against ten-man Sweden at Hampden Park to progress to the quarter-finals in their first-ever Euro knockout stage appearance as a sovereign nation.

Zinchenko was the architect of the Ukrainians’ success against Janne Andersson’s side, scoring the opening goal before laying on an assist for Artem Dovbyk’s last-gasp winner.

Although the Three Lions qualified for the quarter-finals as the only nation yet to concede at Euro 2020, they will be playing away from Wembley Stadium for the first time this summer.

Despite being stripped off home comforts, England are warm favourites to overcome Andriy Shevchenko’s men at the Stadio Olimpico and reach their first European Championship semi-finals since 1996.

However, Zinchenko, who lost the 2020/21 Champions League final to Chelsea, refuses to give up Ukraine’s hopes of staging a miracle without a fight.

Since late 2018, the Ukrainians have lost just two of their seven internationals against FIFA’s top ten, which could serve as a perfect confidence boost ahead of their meeting with England.