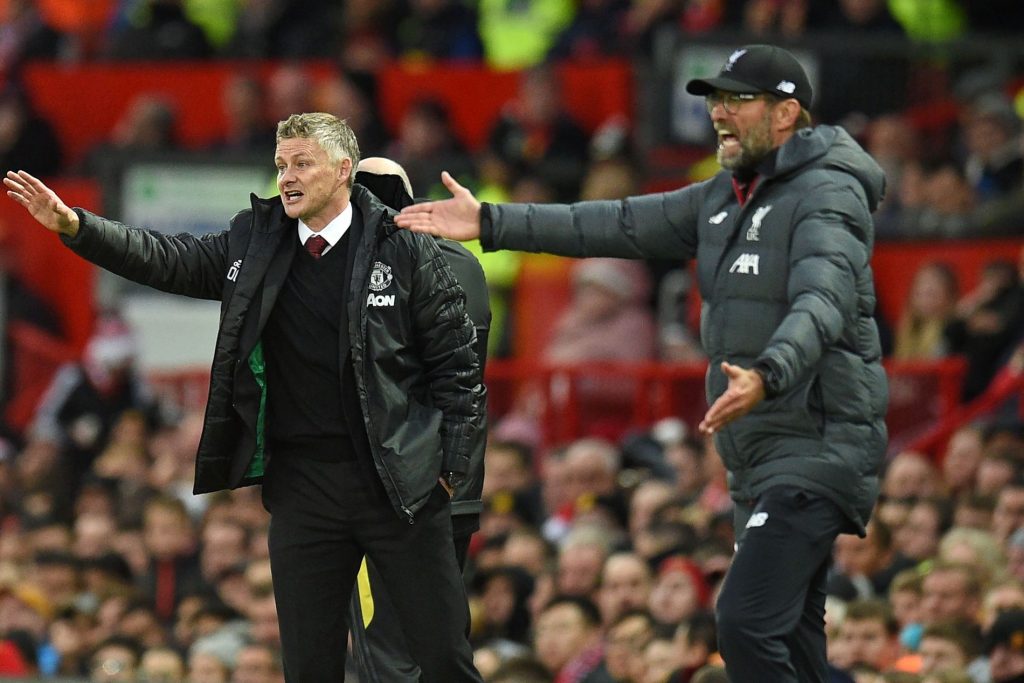 Liverpool’s 17-match winning streak was put to an end when they were held 1-1 by Manchester United at Old Trafford, not allowing them to break Manchester City’s 18-match record.

In a game where the visitors missed talisman Mohammed Salah and United were without their star midfielder Paul Pogba, United led the game for a big chunk before Adam Lallana salvaged a point for the league leaders.

Dropping points saw Liverpool’s lead over Manchester City cut down to six, as Jurgen Klopp was not a happy man at the end. Not only aggravated by United’s goal, which allegedly had a foul on Divock Origi leading up to it, but he was displeased with the hosts’ style.

The German rebuked United for “only defending” and being too negative at their own home ground which didn’t allow his side to dominate the game as they intended to.

However, Ole Gunnar Solskjaer doesn’t agree with his fellow manager and believes that the Red Devils stuck to their plan and were equal in terms of performance as the visitors.

When defending his tactics for the game, the Norwegian said, “We set the team up to attack and be aggressive and create chances and we did that.”

“I’m disappointed on behalf of the players and the effort they put in and fans deserve more than one point. Towards the end of the game it feels worse as well.”, the gaffer further added.

Moreover, Solskjaer actually opined that Liverpool weren’t up to the mark and were hardly able to test his side as they had expected to before the game.

He explained, “They put us under pressure, but they didn’t create too many chances. We soaked up pressure really well, then a lack of concentration and it’s a goal.”

While the Norwegian has clearly been displeased at not being able to see off a win, he explained his pleasure at his side’s improving performance-levels to take the game to Liverpool.

Solskjaer said, “Results always reflect performances in the end. I said it many times that we felt we haven’t got results we deserved, but we need to win games. One point is a start, but I’m still disappointed and not excited by one point.”

Ole also believes the encouraging performance will inspire his players to up their performance-levels and turn back things after a horrible start to the season.

He added, “I’m disappointed we can’t sit here and talk about a win, but of course the performance is very positive. They’re so disappointed in the dressing room, but they’ll think we played against a very good team and now kick on.”

Despite the draw, United sit in 13th place in the Premier League while Liverpool are still at the top. The Red Devils travel to Norwich City next weekend looking to end their bad away form, while Liverpool host Tottenham Hotspur at Anfield on Sunday.