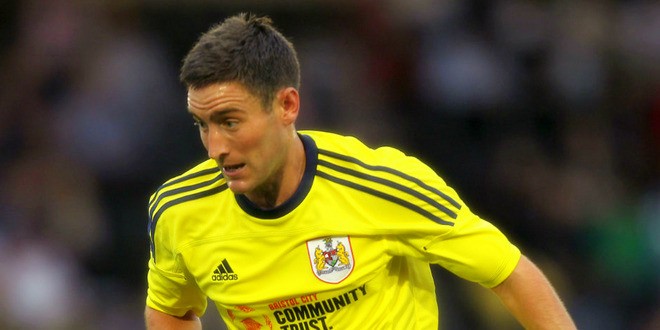 Former Kilmarnock player Lee Johnson will become the youngest ever league manager if his move to Oldham Athletic is completed on Monday.

The Latics are expected to give the 31-year-old, who only left the Killies in January 2013, his first managerial role in the hope he can steer them to League One safety.

At present the Lancashire club sit in 21st position in the league and are two points adrift of safety, however, as a result of postponements as well as their run to the last 16 of the FA Cup, they do have at least two games in hand over their rivals as they aim to avoid the drop.

Despite leading the club to a famous FA Cup win over Liverpool previous manager Paul Dickov resigned on 3 February this year following a number of financial difficulties and poor league form. Under caretaker boss Tony Philliskirk the Latics won their first three league fixtures but then lost the subsequent three and now look towards consistency at the business end of the season.

Johnson, who is the son of current Yeovil Town boss Gary, made his name as a player with the Glovers helping them reach the football league in 2003 and winning the League Two title just two years later. He went on to have six seasons at Bristol City and moved to Scotland to sign for Hearts before claiming the Scottish League Cup with Kilmarnock.

If appointed it would make him the youngest ever Football League manager, a record currently held by 32-year-old MK Dons chief Karl Robinson.

Oldham face a six-pointer on Tuesday when they entertain Hartlepool at Boundary Park.

The author of this article is Christopher Ellison.