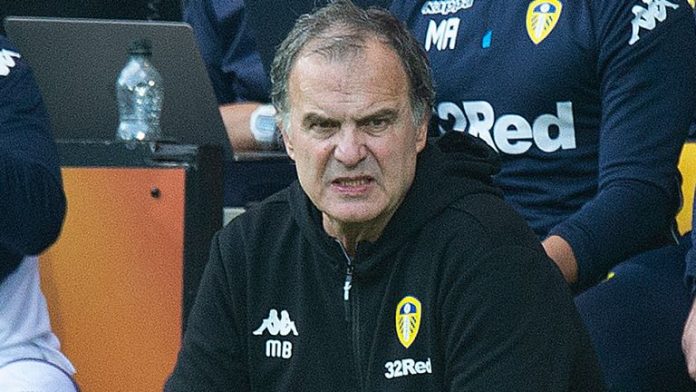 Leeds United controversial manager Marcelo Bielsa surprised everyone during the week as he attempted to defend himself following the spying controversy.

The Argentine held a press conference that lasted more than an hour, and he made a power point presentation explaining in details what he had learnt from Derby County ahead of last Friday’s Championship game, while also revealing his huge obsession with in-depth analysis in the process.

Bielsa surely does know his onions, and an old clip of him explaining tactics to French legend Zinedine Zidane has resurfaced on the internet.

This is brilliant. Bielsa randomly asking Zidane if he has the time to let him explain things about training. A savant born with a passion for football. pic.twitter.com/gTEufdLvkl

The 63-year-old was with Ligue 1 outfit Marseille at the time, while Zidane was still in charge of Real Madrid Castilla.

The World Cup winner was paying a courtesy call to Bielsa, and the football-mad manager couldn’t help but go into some details of an old game and how they plan to work things out in a practice session.

Tottenham manager Mauricio Pochettino and his Manchester City counterpart Pep Guardiola are known as Bielsa’s former protegees, but it won’t be wrong to suggest that Zidane also learnt a thing or two from him.

The Frenchman was appointed as Real Madrid manager just two years after that meeting, and he went on to help the Liga outfit to a league title and three Champions League trophy in a row.

Bielsa is looking forward to leading Leeds to Premier League promotion having already guided them to the top of the Championship table, and it will be exciting to see how he fares in the English top-flight.