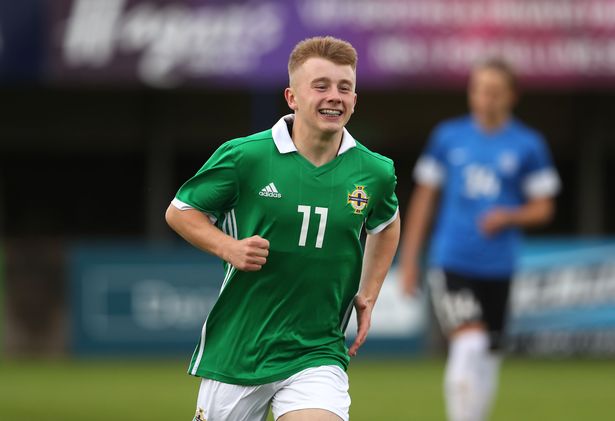 Pundit Noel Whelan believes that he could be the next Wayne Rooney.

Lindsay is highly rated around Scotland and Rangers have secured a three-year agreement with the player now. He will join the Ibrox outfit in July after his 16th birthday.

Whelan believes that Rangers have gotten themselves a ‘real player’ who could be a star for them in future.

“At 15 years of age he is one for the future, but also, we’ve seen players at 16 getting chances in the Premier League this season. Lads at that age are playing against men.

“That’s a massive signing. It’s a big statement saying he’s going to be the next Wayne Rooney, but if it does come to fruition, then they’ve got a real player and a lot of profit on their hands if they decide to sell further down the line.”

It will be interesting to see how Lindsay develops over the next few years.

Rangers have done well to develop young talents over the years and if they manage to do the same with Lindsay, the midfielder could make them millions in future.

If the midfielder fulfills his potential at Ibrox, the top clubs will come calling for him and Rangers would make a massive profit.

The Scottish giants do not have a bottomless pit and the strategy to develop talented young players and move them on in future is ideal for them.

Several clubs like Monaco have benefited from this strategy in the past.

Lindsay is expected to join up with the club’s youth team in the summer and he will be hoping to break into the first team squad soon.