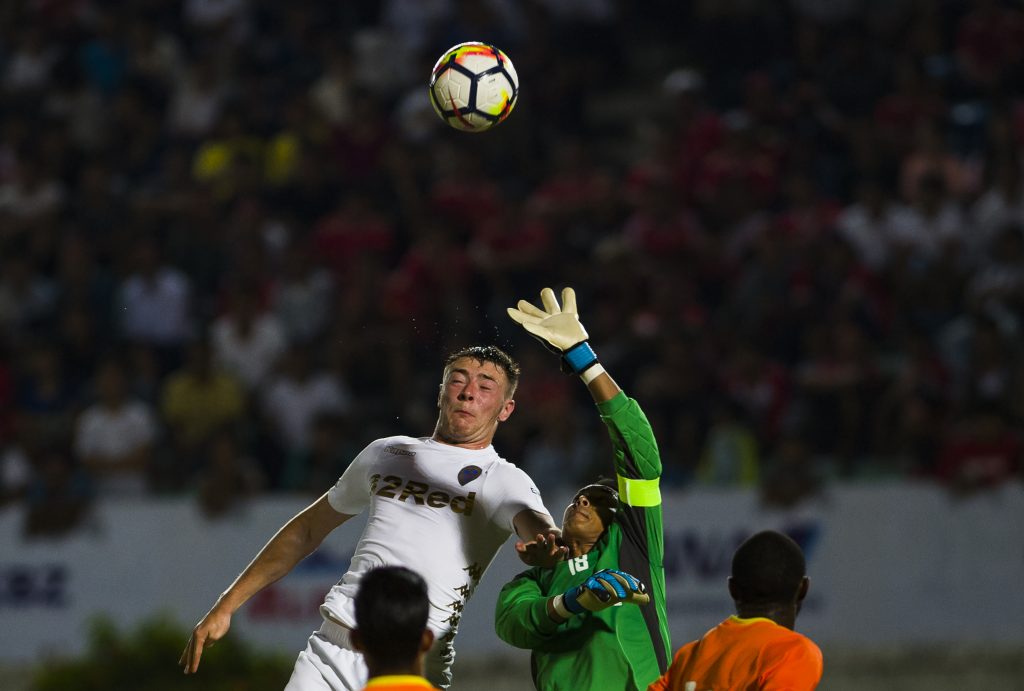 The 19-year-old is now unlikely to be a part of the first team squad anytime soon. The young striker was left out of the 20-man squad that lost to Cardiff City last week and Whelan claims that it is a clear indication of Bielsa’s stance towards the player.

Whelan said to BBC Radio Leeds (h/t HITC): “You’ve got an opportunity to put nine players on your bench, use five of them. If he’s not on there now, you ain’t going to see him. Simple as that. He’s just not in Marcelo Bielsa’s plans.”

Marcelo Bielsa was without Jean-Kevin Augustin due to injury and yet Edmondson was not given a chance on the bench. The last time the youngster played for Leeds was back in 2018 and it is evident that Bielsa does not rate the player too much.

It will be interesting to see if Leeds United sign another striker this summer. They are in desperate need of a top-class goalscorer.

Patrick Bamford is simply not good enough for a team looking to be a part of the Premier League. Jean-Kevin Augustin’s injury issues have weakened the side as well.

Bielsa must look to invest in a Premier League standard striker once this season is over.

The likes of Bamford, Edmondson could be handy as backups but Leeds need a quality starter now.