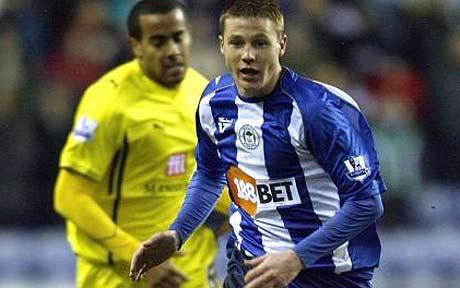 New Everton signing James McCarthy has no regrets that he spurned the opportunity of playing for Liverpool as a teenager, and is rather happy with the way things have worked out for him.

It is indeed a dream for any youngster in Britain to get a call-up for trial at Liverpool. At the age of 16, McCarthy had just broken into the first team squad at Hamilton in Scotland, when he was invited for a week’s training with the Merseyside club.

However, he decided to reject the opportunity, believing his career would progress with first-team football in Scotland rather than reserve team with Liverpool.

Now 22, his career has experienced a gradual and steady progress though. He joined Wigan where under the tutelage of Roberto Martinez, he impressed everyone, especially in the past two seasons in the Premier League.

McCarthy, reflecting on that incident, insists he has no regrets over the decision to reject the opportunity. He said as quoted by BT Sport:

“There was talk of it [Liverpool],” said McCarthy. “Obviously I went down for a week’s trial. It wasn’t to be, I was too young at the time. I didn’t want to move away from home.

“To be honest, the way things have worked out, I am happy.”

The 22-year-old has re-joined his Spanish manager at Goodison Park, following his £13m move on the transfer deadline day. Everton also made two loan signings on the final day of the transfer window, by adding Manchester City’s experienced midfielder Gareth Barry and Chelsea’s highly talented youngster Romelu Lukaku to the squad.