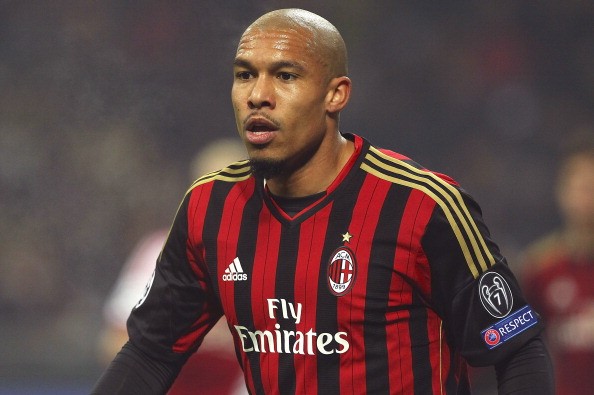 In the last week of February, we had reported that Dutch midfielder Nigel De Jong would most probably reject a new AC Milan contract and could be set for a summer transfer. In fact as Calcio News 24 have reported yesterday, De Jong will certainly head towards the exit from the San Siro in the upcoming transfer market.

While Manchester United are certainly made contacts for the player, the report claims that Juventus are also interested for the free transfer. It is believed that the Bianconeri manager Massimiliano Allegri would prefer a midfielder with enough experience, who is a hard tackler and is effective in breaking the opposition attacks by sitting just in front of the back four.

But it would be interesting to see where De Jong heads if United and Juventus both come calling. A move to the Premier League would be far more enticing for De Jong who had earlier played for Manchester City in his career. Moreover, he would jump at the chance to reunite with Louis Van Gaal under whom he had featured in the World Cup last year.

United thus will have an advantage to sign De Jong and Van Gaal could himself persuade the player in a winnable battle against Juventus.