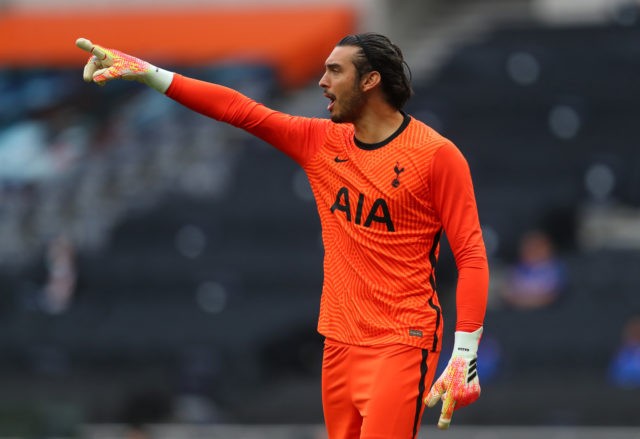 The Cottagers are looking to add depth and quality to their squad ahead of the new season.

#Fulham are really interested in #Tottenham goalkeeper Paulo #Gazzaniga, who will leave after the arrival of Joe Hart. #transfers #FFC #THFC

It seems Scott Parker is looking to add a new goalkeeper and has earmarked Gazzaniga for that role.

Gazzaniga has done well for Spurs playing as a second fiddle to Hugo Lloris. However, his future at the club is in doubt following the arrival of Joe Hart on a free transfer.

Argentine side Independiente are interested in signing him, while clubs in Spain have made enquiries for him as well. But, a move to Fulham could appeal to him.

It means, he will continue playing in the Premier League and will stay in London as well.

It remains to be seen whether Fulham come up with a decent offer to sign the 28-year-old Argentine.

Fulham are also looking to bolster their attacking department this summer, and have been linked with a move for Ollie Watkins of Brentford.