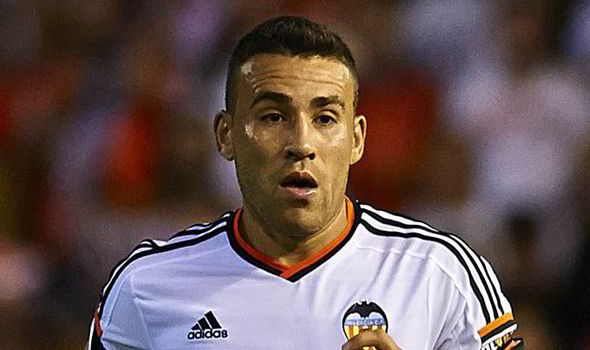 Manchester United’s bid to sign a world-class central defender is falling apart, after it was revealed that the Red Devils had not matched Valencia’s €50 million valuation for Nicolas Otamendi. As reported here by Super Deporte, the Argentine has joined up with his club for pre-season training.

United were expected to seal the deal for Otamendi and the centre-half was to go straight to Old Trafford after returning from holiday following the Copa America in Chile. But the 27 year-old has returned to Spain to a warm welcome from the Valencia camp. 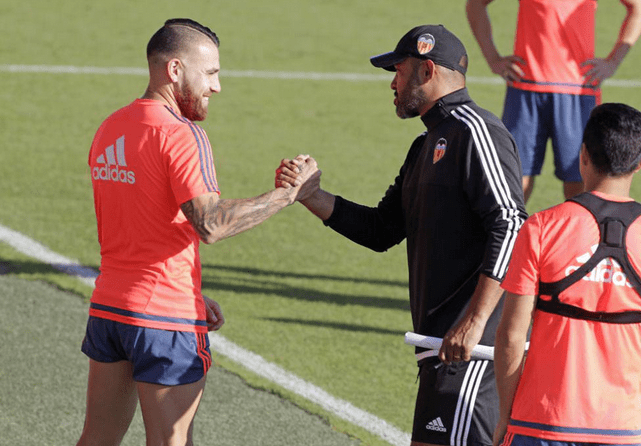 Along with United, Manchester City and Chelsea were also looking at the option of signing Otamendi, but the transfer fee of €50 million was obviously a bit too high for their liking. It is with good reason though, that the La Liga outfit is asking for this huge amount. Otamendi was one of the standout defenders in Spain last season as Valencia secured the final Champions League spot. His performances against Barcelona and Real Madrid were in particular applauded, and it is no wonder why Van Gaal has tried so desperately to sign him.

United’s interest in Sergio Ramos still persists, but it looks very unlikely that the Spaniard will leave the Santiago Bernabeu. They may still put in a late attempt to hijack Chelsea’s bid to sign John Stones from Everton, but even that is no foregone conclusion.

With Otamendi also looking like staying at Valencia, Van Gaal may face a slight conundrum as to who to sign in the month or so remaining in the transfer market. He has brought in Morgan Schneiderlin and Bastian Schweinsteiger to shore up the midfield, but United’s backline still remains suspect.