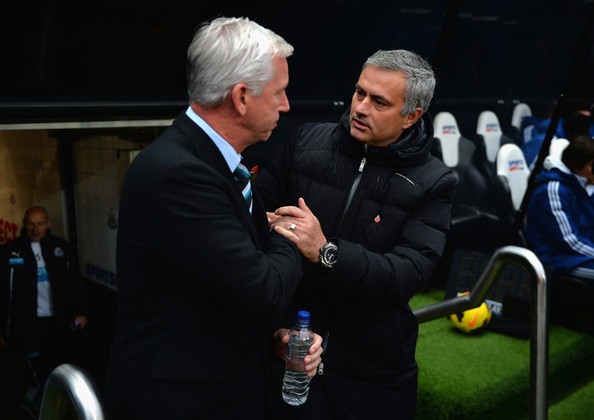 The league’s two in-form teams clash as Newcastle United and Chelsea go head-to-head in the first game of the weekend on Saturday. There are several intriguing aspects to this match, this is a fixture which has thrown up some unexpected results in recent years.

As they say, statistics reveal more than they can hide. Here are some fascinating numbers related to tomorrow’s game:

1) 0 – The number of wins Jose Mourinho has managed at St. James’ Park. Along with Villa Park and the Britannia Stadium, it is the only ground in the whole of the Premier League where the Portuguese manager is yet to record a victory. In his four visits to Tyneside, Chelsea have drawn twice and lost twice. 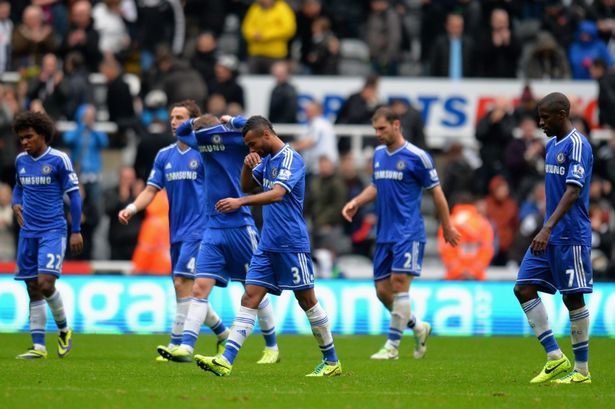 Last season, the Blues were beaten 2-0 by the Magpies in a game which stunted their title charge. Despite being 6 points clear at the top this time, Mourinho will be keen for his hoodoo at St. James’ Park to end on Saturday.

2) 23 – Dating back to last season, Chelsea are now unbeaten in 23 games in all competitions. The last time they suffered defeat was against Atletico Madrid in the Champions League semi-final in April. If the Blues can avoid a loss on Saturday, it would make it 24 matches without defeat, overhauling their previous best run.

Chelsea have gone unbeaten for 23 games on two occasions in the past – between January and April 2007, and between April and September 2009. On both those occasions though, they lost their 24th game.

3) 15 – Avoiding defeat on Saturday would also mean that Chelsea would join Arsenal, Manchester United and Manchester City to go unbeaten for the first 15 or more games in a Premier League season. United and City did it in 2011 and 2012 respectively, while the Gunners went the whole season without losing in the 2003/04 campaign. There has been several talk of Chelsea replicating that Arsenal side, known as the ‘Invincibles’, but Mourinho has been insistent that the Blues will stumble at some point in the season.

4) 840 – Nemanja Matic has completed 840 passes this season, second only to Cesc Fabregas and Yaya Toure, who are tied on 1034. The Serbian has done this with a completion rate of 89%, and a forward pass rate of 74%. He has played every minute of Chelsea’s 14 Premier League games this season.

Matic will, of course, be unavailable for selection against Newcastle after picking up his fifth yellow card of the season against Tottenham on Wednesday. His absence is a big blow, as he provides solidarity to the midfield in a way no one else in the squad can. Moussa Sissoko will be licking his lips at facing a Chelsea midfield without the 25 year-old powerhouse present. Cesc Fabregas is set to be partnered by John Obi Mikel in the pivot, and this is an area Newcastle can very well exploit.

5) 400 – Mourinho will be looking to reach another personal milestone on Saturday. A victory will see him win his 400th Premier League point as Chelsea manager. His current record stands at 398 points from 172 games, which comes to an impressive return of 2.3 points per game.