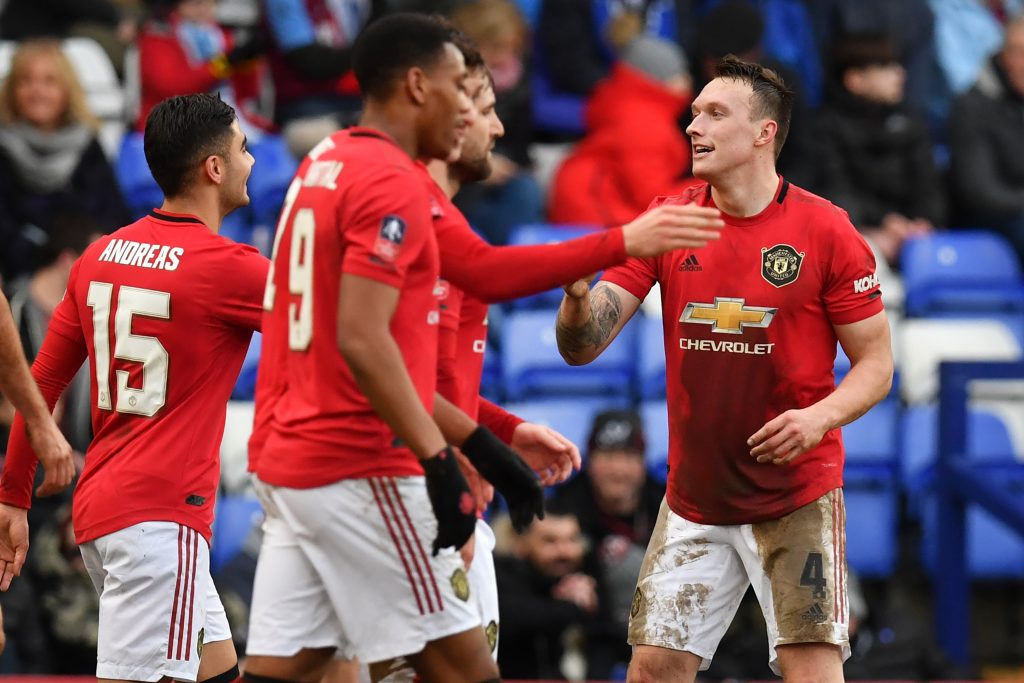 Newcastle are interested in signing Phil Jones from Manchester United at the end of this season.

The 28-year-old has lost his starting berth under Solskjaer and he needs to move on in order to play regularly.

A move to Newcastle could be ideal for him at this stage of his career. The Magpies need more defensive depth and he is likely to play more often under Steve Bruce.

As per Daily Mirror, Newcastle are willing to pay around £12m for the defender.

Phil Jones has won the Premier League with Manchester United and he will add valuable experience to the Newcastle dressing room.

It will be interesting to see if Newcastle can agree on a deal with the Red Devils now.

Manchester United are looking to sell the player and therefore securing an agreement should not be too complicated. Furthermore, the player is keen to move on as well.

If Newcastle sign Jones, they will be hoping to keep the player fit. The former Blackburn defender’s career at Manchester United has been plagued with injuries.

When he joined United in 2011, he was one of the most talented young defenders around and he could have been a star if not for his injuries.

Here is how the Newcastle fans have reacted to the news.

If we pay money for Phil Jones it will truly be our rock bottom as a football club.

Rather not thanks. Absolutely parody of a defender

Is that Steve Bruce is huge and also admires him or does he admire him hugely?#huge #nufc

If we buy Jones I will no longer be a NUFC supporter.