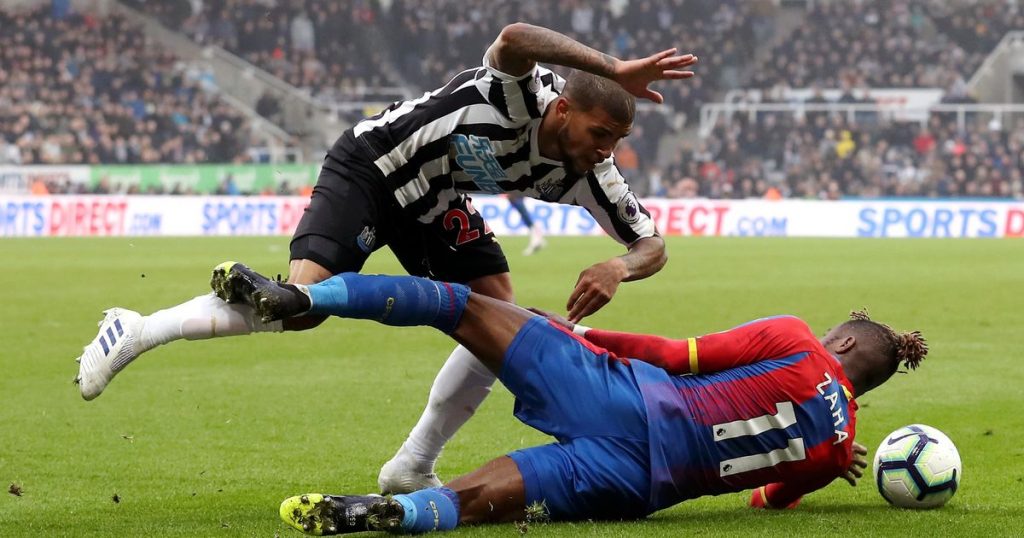 Newcastle crashed to a 1-0 loss against Crystal Palace in the Premier League yesterday.

Luka Milivojevic scored the only game of the game for the visitors. The Palace midfielder scored from the penalty spot in the 81st minute.

DeAndre Yedlin’s poor challenge on Wilfried Zaha decided the game in the end.

Newcastle fans won’t be too happy with the performance yesterday. On another day they could have easily won the game.

The home side created quite a few chances but the likes of Rondon and Perez failed to convert.

The fans were left frustrated with Yedlin’s poor tackle on Zaha and his overall performance as well.

The pacy full back is often criticised for his defensive abilities and he let his team down once again.

Newcastle fans have taken to Twitter to share their thoughts on the 25-year-old defender’s performance against Crystal Palace. Here are some of the fan reactions from earlier.

Because Yedlin is the worst defender I’ve ever seen. Need a new RB in summer he’s a massive liability, if he dident have pace he would be no where near the Squad !

The answer is very simple, Mark. We lost because of Deandre Yedlin being utter shite

I’ve just seen Yedlin’s challenge. He’s crap at football. Surely we only signed him for US exposure? Take away his pace and he doesn’t have much.

Yedlin and Richie constantly getting in starting 11 is where it went wrong. Is Rafa only one who can’t see yedlin is worst right back we have had? And Richie needs dropped too.

Desperate for a right back us mind, yedlin is fucking shite, matt Ritchie was gash again the day as well