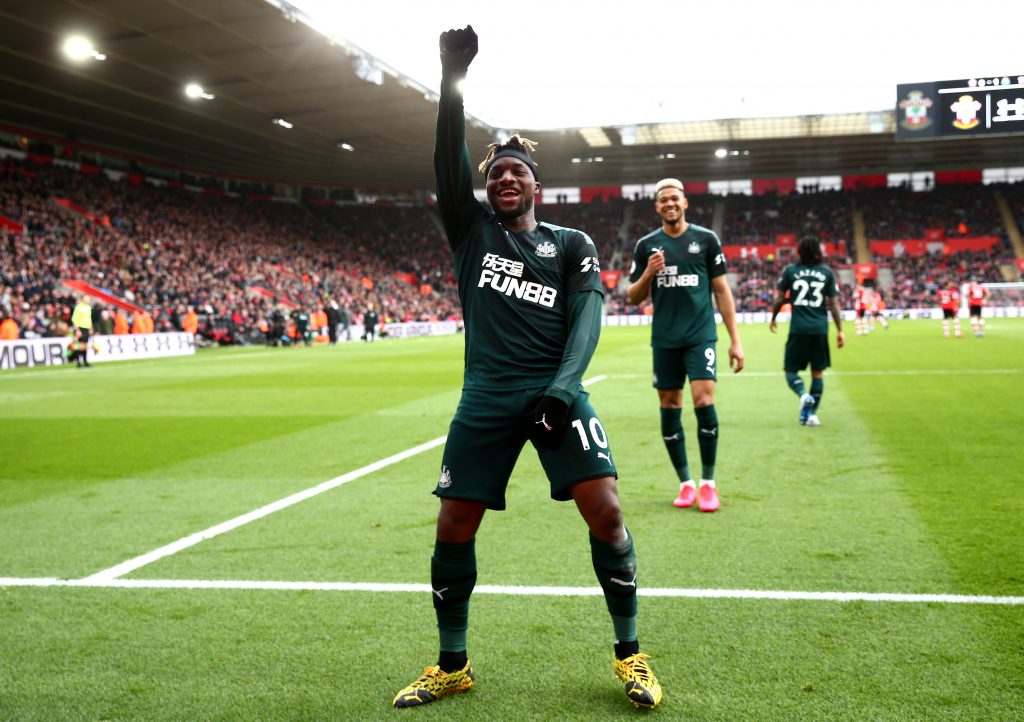 Newcastle winger Allan Saint-Maximin has shared a post on social media after yesterday’s win over Southampton.

The 22-year-old scored the match-winning goal for the Magpies and then went on to tweet that he was desperate for the win.

Steve Bruce’s side were impressive against the Saints and they will be looking to build on their recent performances and finish the season strongly.

They were pretty good against WBA in the FA Cup game as well.

It seems that the Magpies have turned a corner after Steve Bruce’s tactical switch. They look a lot more attacking in their approach and the creative players are playing with more freedom.

The likes of Saint-Maximin, Almiron and Lazaro have impressed recently and the fans will be hoping for more of the same in the coming weeks.

Saint-Maximin has been a very good signing for Newcastle this season and he showed his value once again with his winner against Southampton.

Even when he is not playing well he can pop up with moments of magic. Newcastle have missed that since the departure of Hatem Ben Arfa.

Some of the Newcastle fans have taken to Twitter to respond to the winger’s tweet. Here is what they had to say.

You don’t realise how admired you are here ❤️

Could see it in your eyes big man. They were terrified of you.