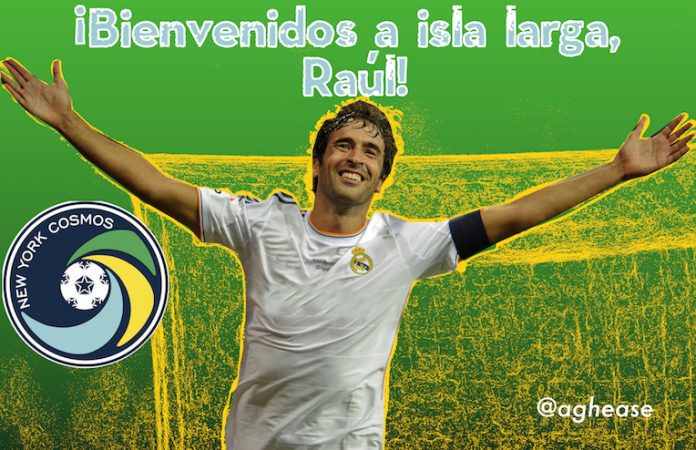 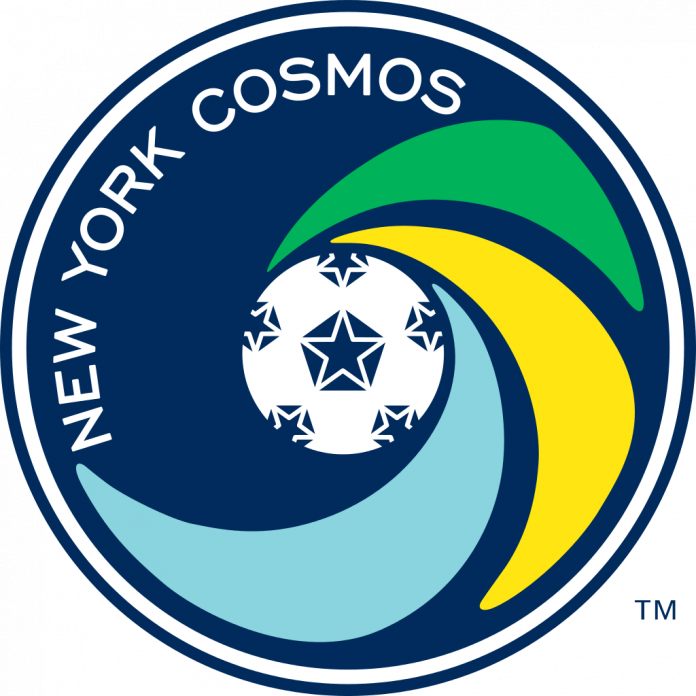 Maybe you heard the news this week, maybe you didn’t. Legendary Spanish striker Raul has signed with the New York Cosmos.

This would have been big news in 1975. Now, it’s intriguing, but nothing more – yet. Raul is 37. He last played for Spain in 2006, and was kicked to the curb by the late Luis Aragones before the Spanish dynasty began at the 2008 European Championships.

Raul departed Real Madrid, where he was captain and a hero for all times, in 2010. After playing at Schalke for two season and finally spending a year in Qatar, Raul retired after twenty years in the professional game.

But here we are, a year later, and its a second-division American club that has lured Raul back to football.

It’s not a short-term deal either. After Raul retires for good from playing the game, he’ll take over the Cosmos’ academy.

Of course, not just any club in the NASL – a clearly inferior American league to MLS, no matter what Jurgen Klinsmann says – could have lured a star of Raul’s standing.

It had to be the Cosmos, both because of their worldwide fame accrued from the days of Pele in the 1970s, their location in New York, and the romantic draw of the only historically great American club.

But it’s obvious that the romanticized version of the club is not the one that is playing nowadays.

After their glamorous relaunch in 2010, New York has settled down to work. That consists of playing week in and week out in front of small, if boisterous crowds, in a small stadium in Hempstead, and competing to win the NASL championship, which they just did in the season gone by.

But to really be back, to really have a chance to reestablish themselves as one of the world’s leading clubs and not a cute historical relic in the minds of everyone except their most ardent fans, the Cosmos need to be in MLS.

When they – reluctantly – joined the NASL in 2012, it was with the stated intention of rising to Major League Soccer.

But with Manchester City and the New York Yankees’ NYCFC getting the nod from MLS, the Cosmos are in a tricky long-term situation. With NYCFC and the New York Red Bulls already in the New York City metro area, there is precious little chance, at least in the foreseeable future, that the Cosmos will be elevated to MLS.

So instead of playing in MLS, the Cosmos have been a thorn in MLS’ side. There’s only two things this club has going for it: It’s run by smart, talented people, and it’s still the Cosmos.

Before Raul, the club signed Euro ’08 winner Marcos Senna. It swiped Vancouver’s first round MLS draft pick last year with a superior contract offer. The Cosmos have gotten the better of the Red Bulls with a number of player transactions, and knocked the MLS side out of the US Open Cup in the year gone by. 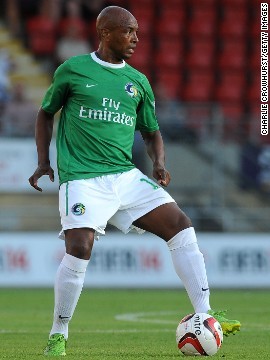 Despite not getting the respect they feel they deserve from the American soccer establishment, the Cosmos aren’t being kept down.

That’s where Raul comes in this week. Raul is a famously professional player, a competitor and a fighter whose work ethic has never been questioned. He’ll come to New York to win.

With a plan for a new 25,000 seat stadium in the heart of New York City pending, the Cosmos could use a big year. This is the start.

Raul, and Senna, are players MLS could have used. But they both chose to drop down a division and join the Cosmos instead. That’s worrying for MLS, especially if the league’s plan is to keep the Cosmos on the outside looking in.

What we may be seeing here is a bit of a resurgence, a bit of a renaissance, and a bit of an outsider challenging MLS – one of the few obstacles MLS hasn’t had to deal with in their first twenty years of existence.

The Cosmos are a threat because of those two reasons: They’re smart, talented, moneyed, and the Cosmos.

No other lower-league team has that combination – which leads to the question, why doesn’t MLS want to deal with the Cosmos?

Sure, the proposition laid out by Man. City and the Yankees was mouth-watering in its money and ambition. But the Cosmos already have a brand name, a presence in NYC, and a plan that is progressing even faster and more successfully than they could have thought it would when they joined the NASL in 2012.

Just ask yourself. Would you rather have the Cosmos, even with their status as a second team in New York City and third in the New York metro area, or the Colorado Rapids? FC Dallas? Columbus Crew?

Those are all good clubs. They’re also all not signing Raul. And that’s what is worrying for MLS when they ignore America’s soccer wild card.

The Cosmos have a chance to skip right to the end and become a super club, where MLS has spent the last two decades slowly building towards something sustainable and based in future hope.

Obviously, New York isn’t overthrowing the establishment tomorrow. But with every Raul brought on board, they inch close to having the chance to change their own future and the future of MLS.

It won’t be easy – the Cosmos have precious few opportunities on the biggest stage and precious little publicity even when they do play in an NASL Championship or a US Open Cup quarterfinal.

But the possibility is there. MLS was almost exposed by the Cosmos this season, with New York’s deep Open Cup run that was only cut short by the Philadelphia Union in a controversial game. Philly went on to go all the way to extra time of the final.

They were the face of American soccer at their apex in the 1970s, a star-studded team that played in front of huge crowds and dared people to dream. Now, their something of an ugly stepchild, and while American soccer might not want them now, the New York Cosmos are quietly readying themselves for a run at their old glory.