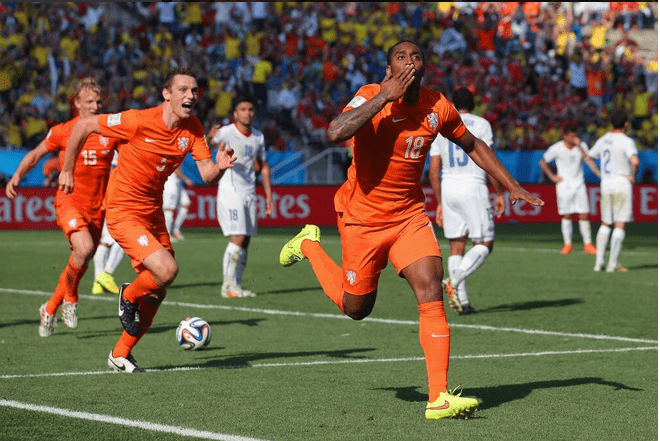 Substitutes Leroy Fer and Memphis Depay scored late on as Netherlands beat Chile by 2-0 as Louis Van Gaal’s side secure top spot in Group B maintaining a perfect record as the Dutch head to the last sixteen. 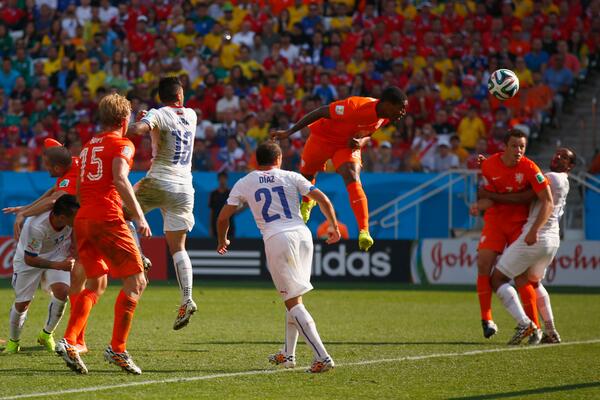 It looked like as id the match would end in a goalless stalemate as both teams struggled to create clear cut chances from themselves. Howver the Oranje went ahead as substitute Leroy Fer scored with his touch after coming on for Daryl Janmaat, heading home with a thumping header from Arjen Robben’s corner.

The ever brilliant Robben then set up Memphis Depay in injury time strike, as the winger scored his second in as many games as Van Gaal’s side marched on. 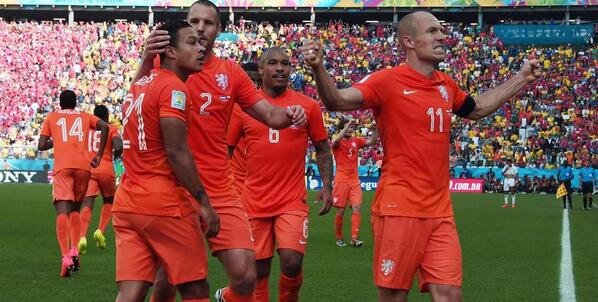 Chile however would feel hard done by as Jorge Sampaoli’s side perhaps deserved something more from the high voltage encounter. The South Americans however couldn’t break the Dutch defense who were without the influential Bruno Martins Indi.

Sampaoli could have felt hard done by as a penalty appeal was turned down by the referee as substitute Mauricio Pinilla was brought down in the box, which the linesman flagged offside.

Netherlands look in ominous form going into the knockout stages while Chile might face hosts Brazil if the Selecao beat the already eliminated Camerron late on in tonight’s encounter.