Manchester United skipper Nemanja Vidic is set to miss the flight to Bangkok for the pre-season tour, with the defender thought to be suffering from painful nerve conditions, sciatica.

The Red Devils are hopeful about getting him back for their pre-season preparations later during the tour to Sydney, Tokyo and Hong Kong.

The 31-year-old was present alongside the new manager David Moyes during the Scot’s unveiling last Friday but did not seem as though he might be injured or in any kind of pain.

Vidic, who has entered into his final year of contract at the club, expects a new contract to be offered by the club in the next few months. However, the Manchester outfit have severely missed Vidic’s towering presence and influence in the team following recurring injuries as the Serbian suffered two serious knee injuries in the past two seasons, which has reduced his game-time.

Even if, he is offered a new deal, it is likely to be a one year extension, which is in-line with the club’s policy of dealing with players over the age of thirties.

Vidic’s future has been well speculated in the media too, and despite his claims that he wants to stay at Old Trafford, the Serbian has been tipped to join Serie A giants AC Milan in the summer.

Meanwhile there are rumours that Manchester United are stepping up their chase to buy a quality centre-back, with Inter Milan’s Andrea Ranocchia and Benfica’s Ezequiel Garay top of the manager’s wish list. 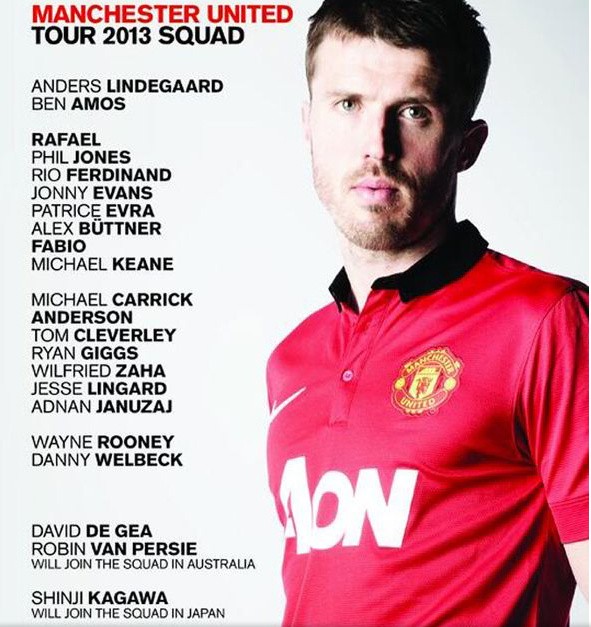 Robin van Persie and David de Gea will be out of action too, for Saturday’s opener in Bangkok as the duo have been given additional time off, following their summer international commitments, and are expected to join the rest of the squad in Sydney.

Manchester United’s first match under Moyes will be against Singha All-Star XI  at the Rajamangala Stadium in Bangkok on the 13th of July.