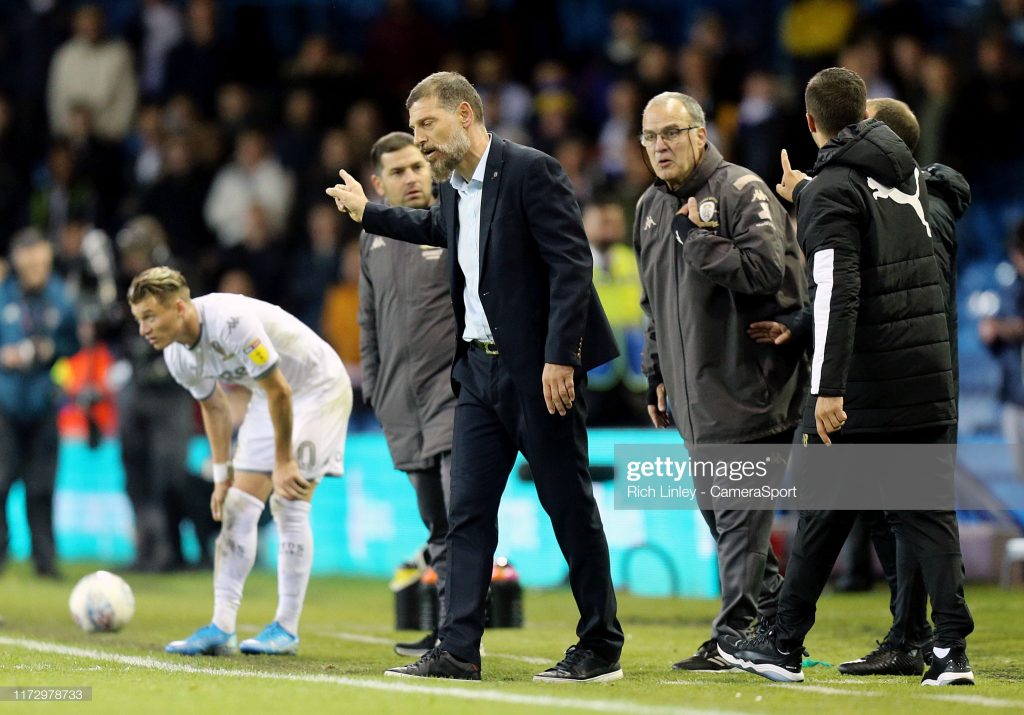 Leeds United currently lead the way in the English Championship alongside West Bromwich Albion after an impressive start to the season.

The Baggies have 14 wins, 10 draws and just two losses, with boss Slaven Bilic proving his worth.

Leeds and West Brom have established a nine-point gap ahead of third-placed Brentford, and Marcelo Bielsa’s side proved that they have what it takes to play in the English top-flight after putting in a top performance against Arsenal in the F.A Cup clash at the Emirates Stadium on Monday night.

The Whites suffered a narrow 1-0 loss and could have won were they more clinical in the first-half.

Leeds are without a doubt head and shoulders above the majority of teams in the Championship, but former Cardiff City boss Neil Warnock doesn’t think they will be top of the league in a stronger Championship campaign.

“I think Fulham have got the best squad if I’m honest, in the whole league, and I think Brentford got the best strikers,” the former Cardiff City boss told talkSPORT.

“West Brom and Leeds are both up there, but in a good season, I don’t think they are top of the league if I’m honest.

“Whether the league has gone the other way, I think they have just been consistent, and that’s why they are up there.”

“In a good season West Brom & Leeds are not top of the league.” 👀

“Fulham have got the best squad & Brentford have the best strikers.” 💪

“WBA & Leeds have been consistent, that’s why they’re up there.” ⬆️

Leeds could only finish in the playoffs zone last season – six points adrift of the top-two, but they have since gotten better under Bielsa, and could give a lot of Premier League sides a run for their money next season if they gain promotion.

West Brom finished in fourth place, nine points behind Sheffield United, losing the semifinals of the play-offs to Aston Villa.

Both have to prove themselves, though, and maintain their high level of performances until the end of the campaign.

Consistency has gotten them to stay at the top of the league, and Warnock himself recognizes that, but to say that they won’t be top if the league were stronger isn’t logical.