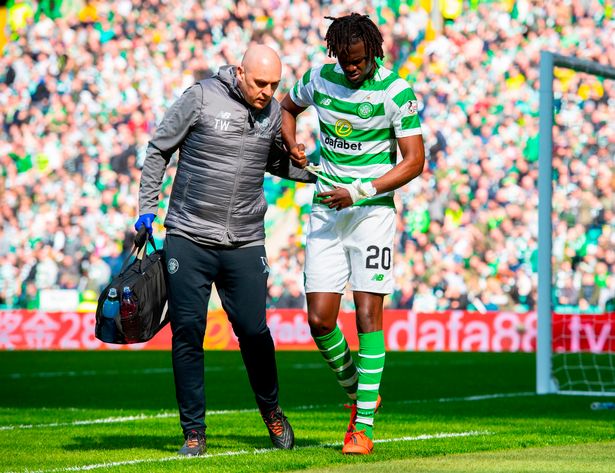 Celtic defender Dedryck Boyata picked up a hamstring injury against Rangers at the weekend.

The Belgian is out of contract at the end of this season and he might just have played his last game for the club.

According to the manager Neil Lennon, the injury will be a major blow for the side. Boyata is a key member of the Celtic side and his absence will certainly weaken the Hoops.

Speaking to Daily Record, Lennon said: “Possibly (when asked if the player’s season might be over). He felt it [hamstring] rip. He played on having felt a twinge and then he felt a rip five minutes later. Again, we’ll have to wait and see, but it’s a blow because he’s been absolutely brilliant.”

Celtic have tried to renew his deal earlier but the player hasn’t shown the same willingness. It seems that he wants a change of scenery.

Boyata was heavily linked with a move away at the start of the season but Celtic refused to sell him.

Celtic a one step away from retaining their domestic crown and Lennon would have liked to have his key defender fit for the remaining games.

It will be interesting to see how the Scottish side cope without him.