Rafael Benitez is one manager whom you can bet upon to find the next best talent wherever he pursues his managerial career. Throughout his coaching stints, Benitez has worked wonders in the transfer market securing cut price deals for the next star in the making. At Liverpool, he signed Raheem Sterling, Jonjo Shelvey amongst others after having had resurrected Pablo Aimar’s career at Valencia. Very few people know he signed Phillipe Coutinho at Inter Milan and heralded the Brazilian as one for the future. At Chelsea, he moulded Cesar Azpilicueta into perhaps the best defender currently in the Premier League. Napoli too hasn’t been any exception.

Both Dries Mertens and Jose Callejon have been bargain buys but Benitez perhaps kept his best for this summer. When the Partenopei announced their signing of Kalidou Koulibaly, no one in Naples who he was. A €7m buy seemed a big gamble from Belgium’s top division club Genk. Fast forward three months and a half, the Frenchman is earning envious glances throughout Italy and from European heavyweights including Manchester United and Real Madrid. 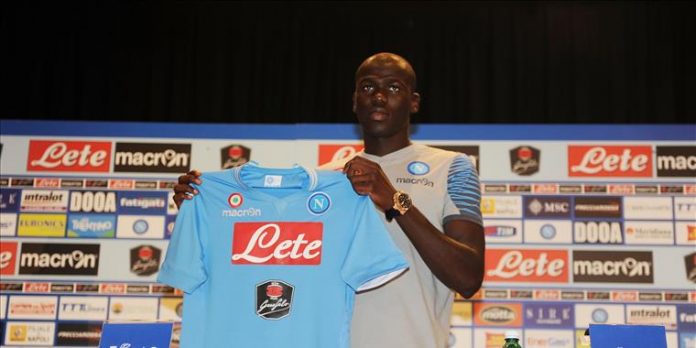 The 23 year old set the ground running in the pre-season friendlies against Barcelona and Paris St Germain. Koulibaly though looked raw but a bright light in both of the Champions League playoff legs against Athletic Bilbao as Napoli crashed out on a 4-2 aggregate. Napoli’s season started poorly but the young Frenchman personally displayed great maturity in the back four.

A short Scout Report: Koulibaly’s strong physique helps him to be good in the air and his sharp mind helps him read the game well. Moreover, he is adept at one on situations and even at a young age of 23, already shows enough quality in leading the backline with his commanding presence. Koulibaly is also quick and reacts to the second loose ball before the opposition player which helps him acting as a sweeping defender. He recently earned a call up to the national team and its not a surprise thanks to his ability of reacting to the danger and clearing loose balls, thus aiding as a great interceptor.

Koulibaly showed all his athletic ability against Roma, the game which Napoli could have won by a cricket score but just got through by 2-0. He completely negated Francesco Totti and Mattia Destro on his own displaying a matured head on such young shoulders. Against Fiorentina too, he capped off a fine performance with a last minute goal line clearance as Napoli won by a solitary goal to go third the table following an unbeaten run of 7 games in the league.

Is the Partenopei have to challenge for top honotrs this season, they need Koulibaly as his peak despite having a more experienced Raul Albiol. For a 23 year old, its more than just a pinch of deserved praise.