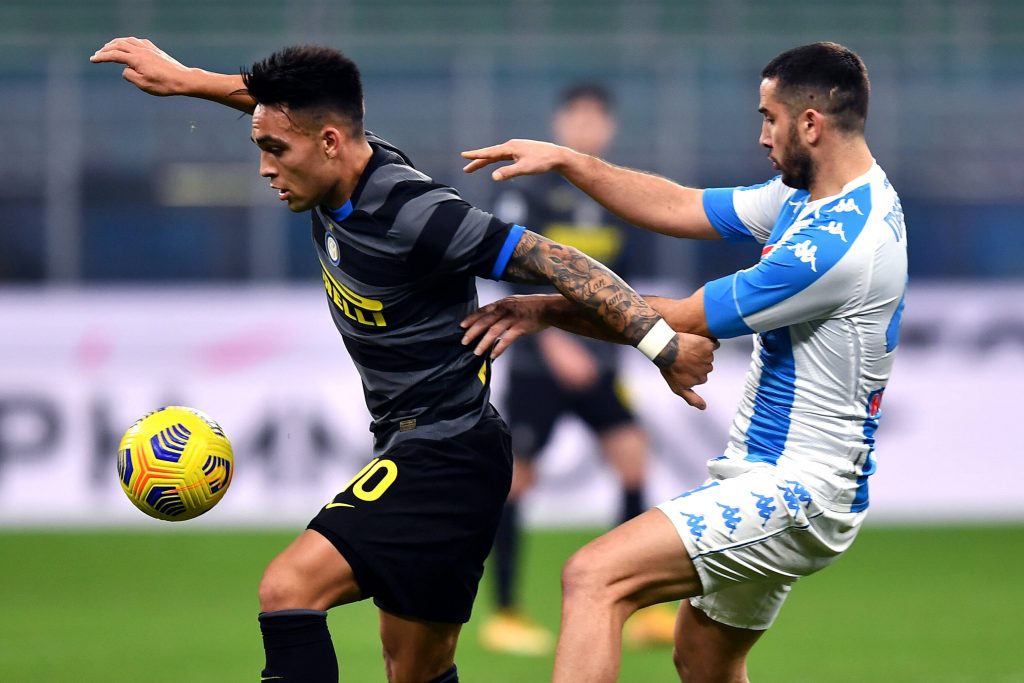 Napoli and Inter Milan meet at the Stadio Diego Armando Maradona in one of the most highly anticipated fixtures on the Serie A football schedule on Sunday.

You can watch this and all other Serie A matches via live streaming.

Sitting two points adrift of fourth-placed Atalanta, Napoli have no margin for error if they are to play in the Champions League next season.

Meanwhile, Inter hold a comfortable 11-point lead in the Serie A table on closest chasers AC Milan and seem to be on the verge of ending Juventus’ dominance of Italian football.

Napoli claimed a comfortable 2-0 triumph at Sampdoria last time out to bounce back from a 2-1 defeat at Juventus and post their fifth win in six Serie A matches.

Gennaro Gattuso’s men have won six of their last eight league games (D1, L1), four of which saw them score the first-half opener and prevail by a two-goal margin.

The Partenopei have won six consecutive Serie A home fixtures by an aggregate score of 18-4 since succumbing to a frustrating 2-1 defeat to Spezia on January 6.

Delivering action from the get-go, Napoli opened the scoring before half-time each time across that six-game sequence, with the last two of those matches featuring 3+ second-half goals.

However, Napoli lost this exact fixture 3-1 last season and now face the prospect of suffering back-to-back league defeats to Inter at home for the first time this millennium.

After going winless in 13 top-flight trips to Naples (D4, L9), Inter won at the Stadio Diego Armando Maradona last season and have since won both Serie A meetings with this opposition without conceding.

A 2-1 away loss at Sampdoria in their first Serie A trip in 2021 was a wake-up call for the Nerazzurri, who have since gone undefeated in seven away league games on the bounce (W5, D2), winning the last five by an aggregate scoreline of 10-2.

Virtually unstoppable in the front third, Antonio Conte’s men have scored a league joint-high 30 goals on the road this league campaign, registering 67% of those strikes after half-time (20).

Notably, the runaway Serie A leaders have netted the division-high 34 goals after the hour mark this season, 19 of which arrived between the 61st and 75th minute of play.

Too hot to handle after taking the lead, the Lombardian giants boast a 91.67% win ratio in Serie A fixtures that saw them lead at the interval this term (GP12 – W11, D1).