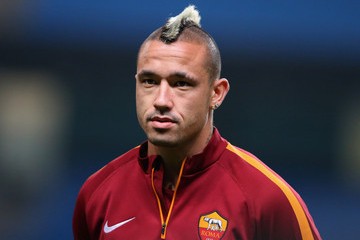 According to Italian tabloid Il Messaggero, the Belgian international and his wife were visiting friends when burglars broke in their Casal Palocco villa  somewhere between 11:00 PM and midnight. It is reported that the thieves stole items worth several hundred thousand euros, including a collection of luxury watches.

It is believed that the burglars climbed over the walls and used credit cards to open the locks. The Casal Palocco area is prone to such thievery as it is frequented and resided by several A-list celebrities.

A reported Chelsea target, Nainggolan has been a key figure in Roma’s late resurgence and is an integral part of Belgium’s dreams of Euro success in France.

According to a report from Sky Italia, Roma’s sporting director Walter Sabatini was in London recently to discuss the sale of the 27-year-old to Chelsea. The Stamford Bridge outfit are yet to comment on the reports but incoming manager Antonio Conte is believed to be a fan of the tenacious midfielder.

Roma have Nainggolan firmly under their grips with a contract that runs till 2020. Chelsea owner Roman Abramovich will have to dish out a sizeable sum from his summer transfer kitty in order to secure the 18 times capped Belgian international.

Reports suggest that Chelsea value the player at £28.3m, but Roma are adamant not to part ways with their prized asset for that sum. Italian paper Corriere dello Sport claim the capital club want at least £34m.