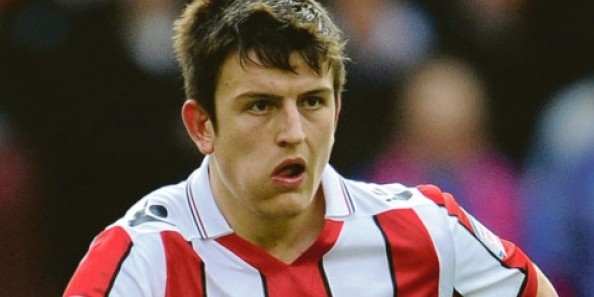 The 20-year-old has been regularly monitored by the Manchester United scouts and Sir Alex Ferguson, during his tenure at the club, identified him as a star of the future. Moyes following the footsteps of his predecessor has asked his scouts to keep close tabs on the youngster.

United have at the moment five main central defenders in the squad. However, both Rio Ferdinand and Nemanja Vidic are in their 30’s and there is a need to integrate young blood into the squad, to replenish their void, once they retire.

According to reports from Mirror, the 20-year-old, who is making rapid strides at Bramall Lane, would cost around £4million. He is a first team regular for the Blades and has already racked up 121 appearances for the League One side.

The Red Devils were linked with Ezequiel Garay in the summer, but rather going for costly purchases, Moyes is now looking to nurture the bright English prospects considered by none other than arguably the greatest manager in English football history.

Further, in the last few seasons, United were badly hurt by recurrent injuries to both Ferdinand and Vidic. Also, Phil Jones and Chris Smalling have faced problems with injuries in the last couple of seasons, which has hampered their progress.

Thus, adding a young and talented defender to the squad makes plenty of sense from an objective perspective. Signing a seasoned international would mean that either of Vidic or Ferdinand would have to make way. Whereas, signing Maguire would mean that the young defender could carry on his development as a player slowly yet steadily, while the experienced duo of Vidic and Ferdinand can act as a stopgap for the Premier league Champions.