India
Home News mourinho or monk who deserves the sack 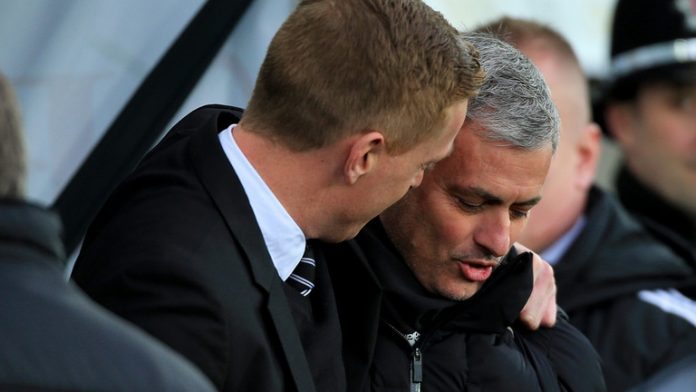 Two excellent managers in the Premier League are currently under pressure to save their job – Chelsea’s Jose Mourinho and Swansea City’s Garry Monk.

Both have done great work at their respective clubs within a short period of time. Mourinho, the two times Champions League winner, is obviously a high profile figure and his struggles this season with Chelsea has been well documented in the media than probably any other under-fire manager in the league.

Never before in the history of the league have the defending champions fared this miserably after their first 12 games. Seven defeats already, 16th in the table, three points above the relegation zone, and 23 goals conceded – could it be worse?

Chelsea’s trigger happy owner Roman Abramovich has surprisingly backed Mourinho to deliver. The Chelsea fans have displayed their full support too. But for how long? He will be judged on the basis of results, and results only. And this is where Chelsea have struggled beyond expectations.

No other defending champions have shown such supine reactions against adversity. The team is bereft of confidence and it doesn’t look like Mourinho can fix the problems overnight.

Instead of going back to the drawing board and doing the basics right, Mourinho has unnecessarily put the club on the back foot with his non-stop antics.

It has reached a point where his recurrent feuds with the FA and the refs seems nothing but puerile jokes, and his constant attempt in making others believe in the “conspiracy theory against Chelsea” has turned into a butt of ridicule. Nobody takes his opinion as words of wisdom, nor are his press conferences entertaining any more.

Unless the results improve dramatically, or rather miraculously, it’s not long before we see his days at Chelsea coming to an abrupt end.

On the end of the spectrum, there is this shy, suave, and a serious manager, who is somehow struggling to take his team out of the mire.

Monk was tasked with the onerous burden of carrying the good works done by his predecessors Sousa, Martinez, Rodgers, Laudrup et al. And he did a remarkable job. Up until this point.

With one win in last eight games, Swansea board members are reportedly frustrated with Monk and want to dispense with his services at the earliest. Worryingly, along with the results, the performances have dropped too.

It can happen to any side, the question is can Monk turn it around? Rather more fittingly will Monk be given time to tun it around? The Swansea chairman thinks Monk’s inexperience has cost them during their slide over the last two months.

The problem is Monk doesn’t want any external help that the board is ready to provide him. The Swansea board want to bring in a director-of-football type figure above Monk, but the young manager has rejected such ideas because he felt it would have undermined his position. To be fair, not many managers are comfortable working under a DOF. But like Mourinho, he will be judged on the basis of results, and the fans’ sympathy (being a former player and club hero) hardly holds any value.

My colleague Soccerlens’ writer Sai notes in his Premier League observation column that it will be ridiculous to sack Monk before January.

Can the same be said about Mourinho? Well, depending on the results over the next one month, both could be relieved from their duties. Both are deserving candidates for the sack; only in case of Monk, he still gets the benefit of doubt and a bucketload of sympathy from the media and the Swansea fans.