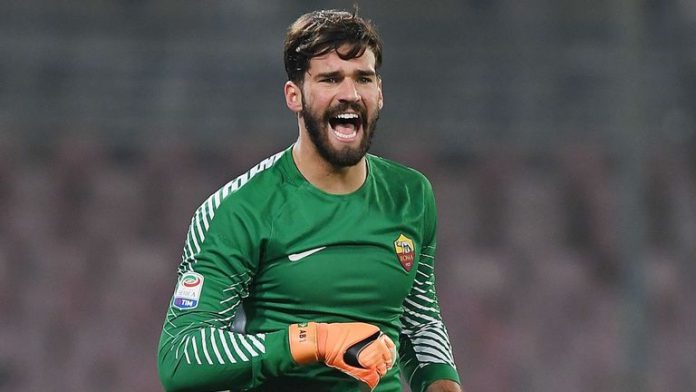 Liverpool’s £67 million signing of goalkeeper Alisson from Roma has sparked plenty of debate, but it’s a move that manager Jurgen Klopp simply had to make.

Klopp has finally addressed one of the biggest deficiencies in his team and that fee will look cheap if the Reds start winning trophies.

There are still a couple of areas that Liverpool need to sort, but defensively they now look much stronger.

His views on the goalkeeper would suggest Liverpool have got a bargain – even at £67m.

“He makes everything look easy,” Savorani has said about Alisson.

“He reads the game. He keeps very cool. Over the last 18 months he has refined his technique a lot. He’s a champion with a capital C.”

Liverpool’s last signing from Roma worked out pretty well. If Alisson makes even half the impact Mohamed Salah has had at Anfield, they’ll be in pretty good hands.

Clubs run right in @EFL being attacked from all angles by Shite rules and chancers.

Couldn’t agree more with sentiments below. Who’s place in the football league is @GNev2 going to steal with this piss take.

Has to be limits on budgets all through league structure. https://t.co/aj2DvQKU0x

Red Nev and his pals aren’t taking it lying down.

You’re absolutely right! They have players on a lot more money than ours! He’s reading the papers ! I bet he’s pumping money in to keep his club competing!! Come on tell us Mr Chairman?

Here comes one of Stanley’s media chums to save the day.

I would bet everything I owned, and I’d even throw in my dog as extra, and state that there is NO WAY on God’s green earth Billy Kee was or is earning £4k a week at Accrington.

I know women in sport are meant to stick together but Jemma your tweet is pure fabrication.

Odd! He’s suggesting Franchise Football! Man City , Chelsea , Blackburn would never have won a league on Mr Chairman’s principle. A joke of a statement ! All our own money ! Just like the tons of money he’s putting in to his …

I don’t know. We don’t run our club right! Only poor little Accrington do !!

A top tune and a top tip too. Indie legends James are playing four massive gigs in December. See you there?

Rooney’s surprise move from Aberdeen to Salford is a sad indictment of the state of Scottish football.

According to manager Derek McInnes, Aberdeen “should not” be losing out to English lower league clubs for players, and he’s right.

Yes, Salford are ambitious and have money behind them, but they simply shouldn’t be a more attractive proposition than playing for one of Scotland’s top clubs.

Losing a player to the Championship would be fine. But the National League? Oh dear.