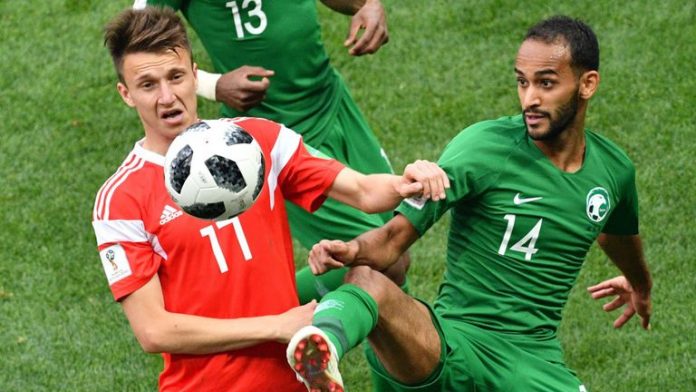 The transfer window. A time when common sense disappears and football descends into a steaming pit of rumour, counter rumour and fake news (copyright Donald Trump).

Will-he, won’t-he sagas are everywhere you look and one of the favourites at Sportslens Towers at the moment is the ongoing Aleksandr Golovin saga.

Chelsea, Juventus and Monaco have been linked with Golovin over the summer and the 22-year-old has been on the verge of signing for each club dependent on which media outlet you read.

CSKA Moscow’s president Evgeniy Giner has been doing his best to extract every last possible rouble from Golovin’s impending sale.

“I believe that he can grow into a big star,” he told Russian site sport24.

“I’m not sure that this can happen in the Russian championship. The level of the English Premier League or the championship of Spain is much higher.

“In order not to ruin him, we must let him go.

“But we have no solution for today. When we receive an offer, we always try to negotiate openly. Indeed, we were visited by the vice-president of Monaco (Vadim Vasilyev) and he made a proposal for Golovin.

“If we talk about Chelsea, then there is no closed agreement with them. But the question of his transition will be decided, I think, in the next couple of days.”

Well isn’t that as clear as mud? Any chance of Daniel Levy waking up and Tottenham Hotspur nipping in with a late offer?

Bordeaux star Malcom is on his way to Everton.

Bordeaux chairman due to meet Everton on Thursday.

Everton have no interest in Bordeaux winger Malcomhttps://t.co/ywYxJHtx6m

Bordeaux manager Gus Poyet on reported Everton target Malcom’s future: “Something is happening. It’s not 100%, but it’s starting to move. We agreed that if he does not leave by Saturday, he will take part in the friendly game. Everton? There’s a lot of people.” (Source: L’Equipe) pic.twitter.com/gPiotcNXg2

Im pretty certain the malcom thing is a no go to be honest mate, think it’s his agent using us to flush out real interest in him, but who knows!

He knows what he wants.

Yesterday was a great day for Sir Cliff Richard. The media? Not so much.

Jurgen Klopp – 2016: “Other clubs can go out and spend more money and collect top players. I want to do it differently.”

Breaking a transfer record is certainly one way to do it differently. Can we stop pretending now please, Jurgen?