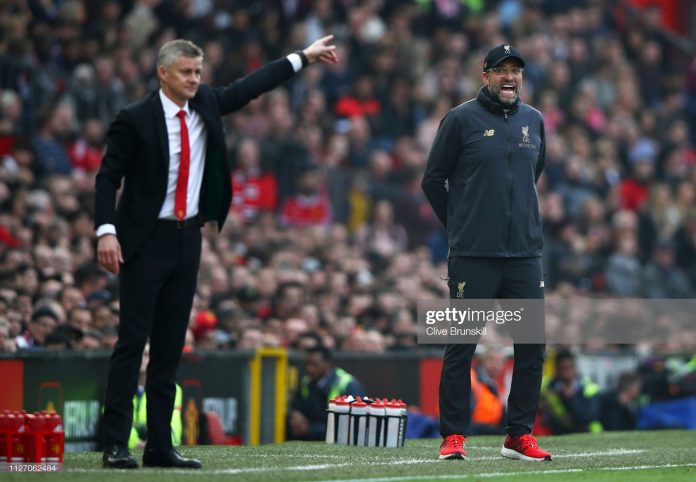 Liverpool have won all their five Premier League games of the new campaign and are currently five points clear at the top of the table.

Manager Jurgen Klopp will hope to help the Reds finally win their first-ever top-flight title since 1990, and this could be his best chance.

Manchester City are Liverpool’s biggest threats as far as winning the EPL goes, but the rest of the big six – Tottenham Hotspur, Chelsea, Arsenal and Manchester United – will fancy their chances no matter how slim they are.

Red Devils boss Ole Gunnar Solskjaer has been under a lot of pressure since becoming the club’s manager permanently basis following a dream start to life in the Old Trafford dugout on an interim basis.

The former Molde boss will hope things go United’s way this term, but his former club’s managing director is rooting for Liverpool this season.

Øystein Neerland wishes Solskjaer all the best but he is hoping the Anfield outfit beat the Red Devils and co. to the Premier League trophy.

“I follow him and we’re in contact, and I hope he does well as a manager but I hope Liverpool wins the Premier League.”

Klopp’s side won the Champions League last term but lost out on the title to City by just a point.

Liverpool will hope things go their way this term, and they will definitely be putting up a good fight as they look to secure their first Premier League title.